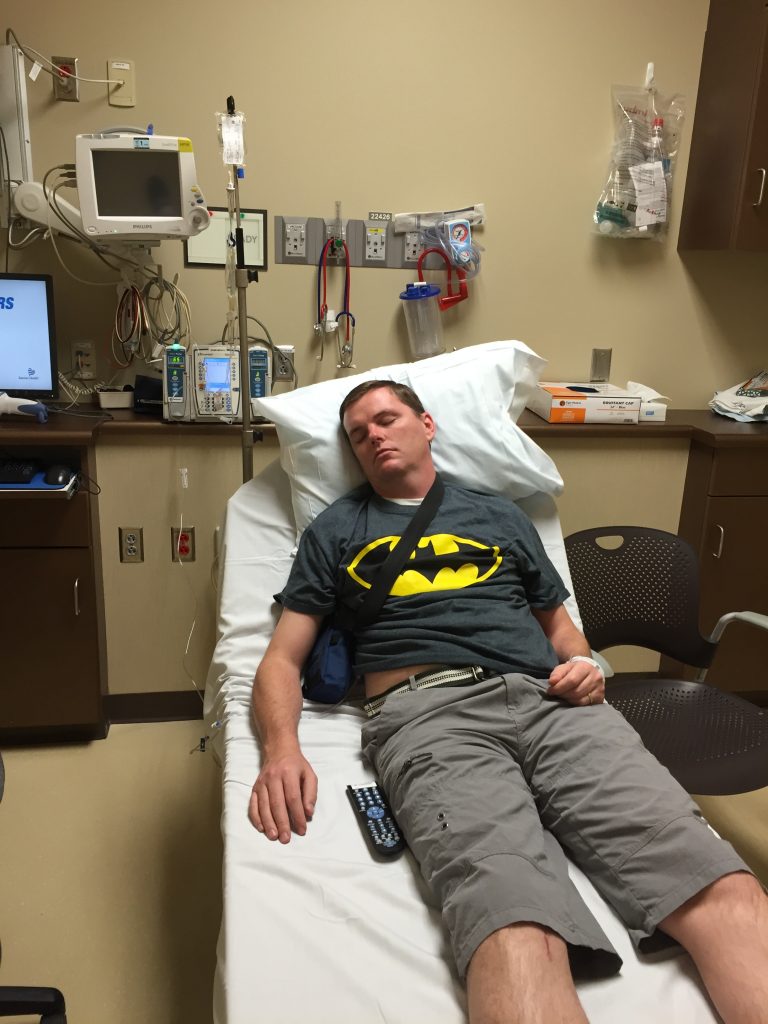 Amos and I spent the afternoon at the hospital getting a magesium and calcium infusion through his port.

On our way home from the hospital we stopped at the store to get a birthday cake for Ruthie and a stranger approached us.  He was very large in stature with a kind face.  He looked down at the hospital brackets on Amos’s wrists and said, “You look like you’ve been somewhere important.”  Amos’s brain is a bit mushy right now so he was confused.  I told the man that Amos has cancer.  He proceeded to ask questions out of sincere concern and said goodbye and wished us well after a few minutes of conversation.  Amos was taken back that a stranger would show such concern for him.  We’ve had many strangers and friends help and love us on this journey and we are so grateful.  It reminds me that we are all really children of the same Father in Heaven.

We also experienced a wave of kind sentiments for Amos from teenaged boys from all over the world who are willing to comfort “Evie Clair” at this difficult time. 😉 Many of her fans live in India and Indonesia.  We have learned from hundreds of messages that they are very concerned about her father.  She posted the news about her dad on her Facebook Fan Page for the first time yesterday.

Last night we went to a Gilbert High Faculty party at the Fluegel’s for Amos’s friends Scott and Heidi who are moving away for a head football coaching job. Amos will miss him so much. He had such a good night there with friends.  The Fluegels had a mom they cared for who also had an ostomy.   They gave us lots of good resources and told us about ostomy support groups.  They have a college-aged daughter, Zoey, who reads my blog every day to gain real world understanding in her field of oncology. 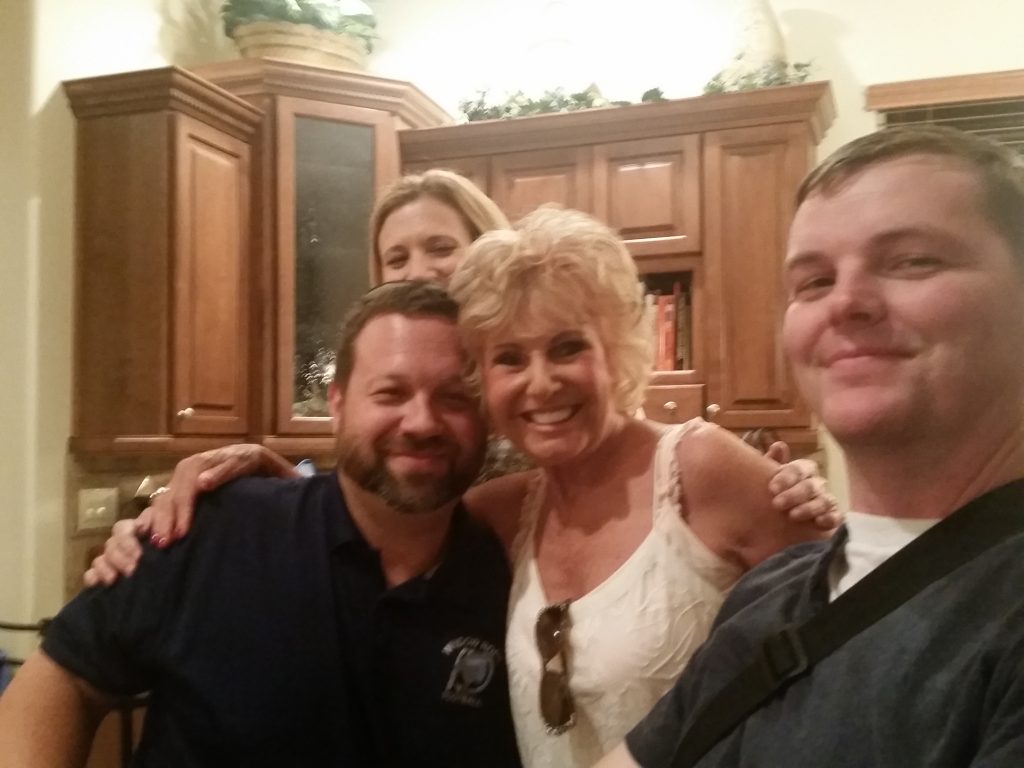 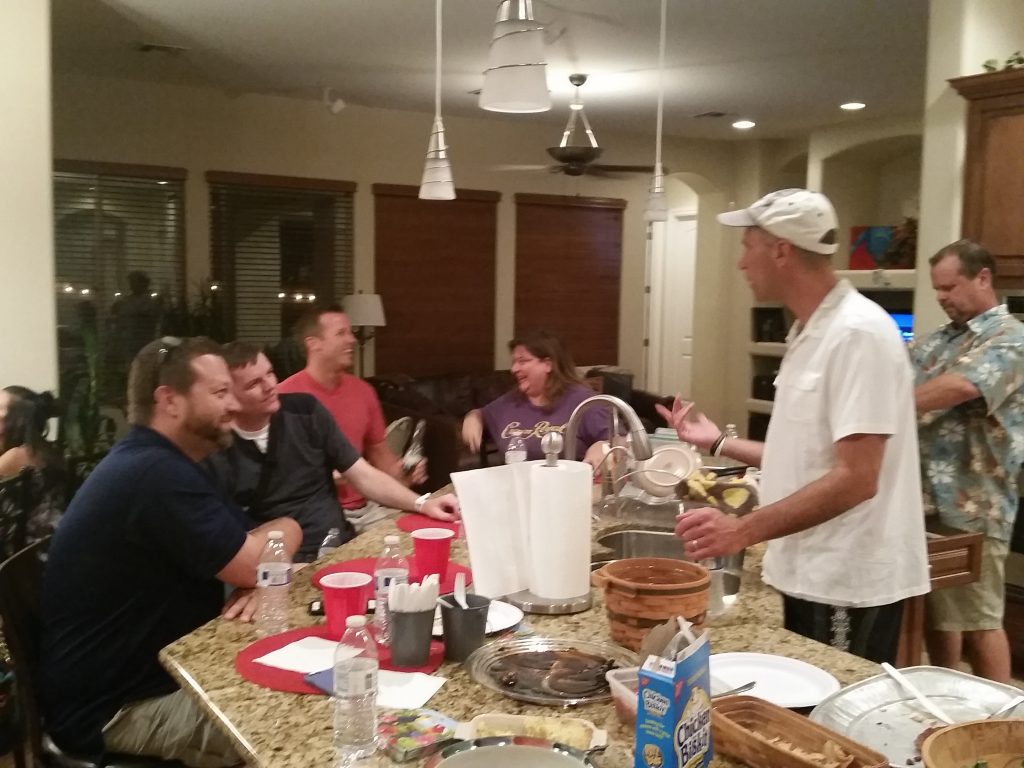 The other psychologists at the prison don’t know Amos very well since he’s only worked there a short time, but I think they are starting to realize how awesome he is.  He tells me about comments they make to him.  They can’t believe he is working so hard and acting like nothing is wrong when he has a needle in his chest pumping chemo into his body while at work.  They often ask him why he even bothers to come to work with his morbid prognosis.  He says, “Were else would I be?” If you don’t want to die, you’ve got to keep living.

Previous: Ativan
Next: Father’s Day Plus