Last evening as I sat in the hospital with Amos, I missed a call from the county sheriff’s office.  My heart raced as I imagined it was my children who must have gotten in an accident while traveling home with my sister. I called them first and after knowing they were safe, called the deputy.  He informed me that a man who had seen Evie on America’s Got Talent was traveling from West Virginia to Arizona to “abduct” her.

We went on full panic mode, except Evelyn. She was completely calm and said she would be fine. Our amazing law enforcement friends stepped up to help Amos protect his family. The situation escalated all day as they received confirmation that he was getting closer to Arizona. An email with his license plate number and description of his vehicle when out to the school district. My kids had to have security with them at school after being guarded all night by their uncle and a friend who is military police. The FBI got involved and our home became a police operations center. 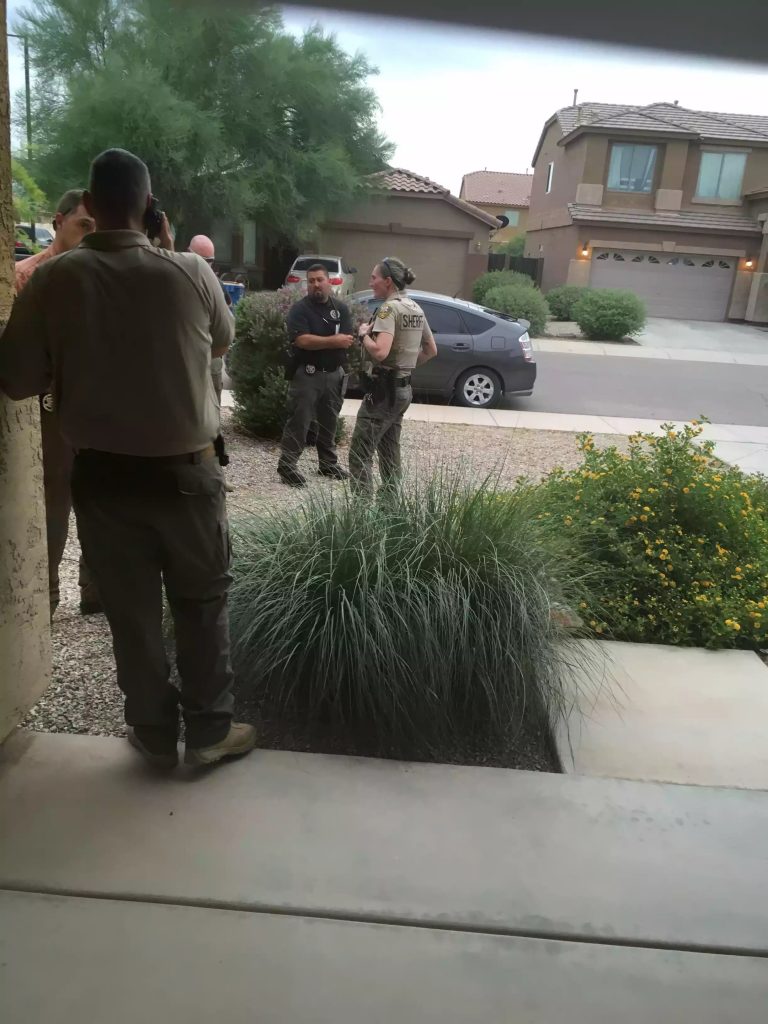 My friend Tyler helped me get an order of protection against the man. While I was with the judge, I worried about moving the process along so I could get home to get my visiting teaching done. It is the 27th and I’m learning a lesson not to leave it until the end of the month. You never know what will happen!

As the day went on, we learned from investigators that the man’s plan was to come the hospital before going to our home. At that point hospital security got involved all while Amos was trying desperately to keep food down so he could be strong enough to be discharged from the hospital. 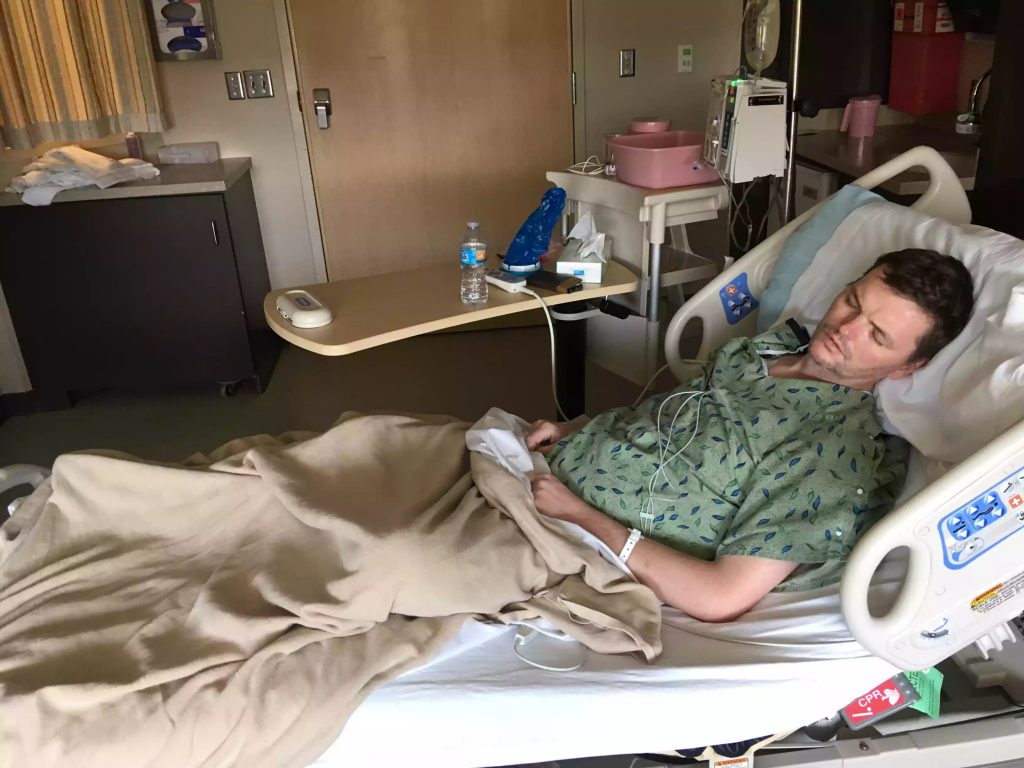 At one point in the day Amos’s friends showed up at the hospital and provided some comic relief.  They wore hospital masks pretending to be doctors and came in asking for Amos’s room number just after the staff was put on high alert.  It was just Char and Chris bringing the #TeamAmos bracelets, but they got everyone up in arms. After I told them what was happening Char said she wanted Sandra Bullock to play her character when they make a movie out of this. That was so funny because one of the ladies I visit teach said she also wanted Sandra Bullock to play her in the movie of this day. 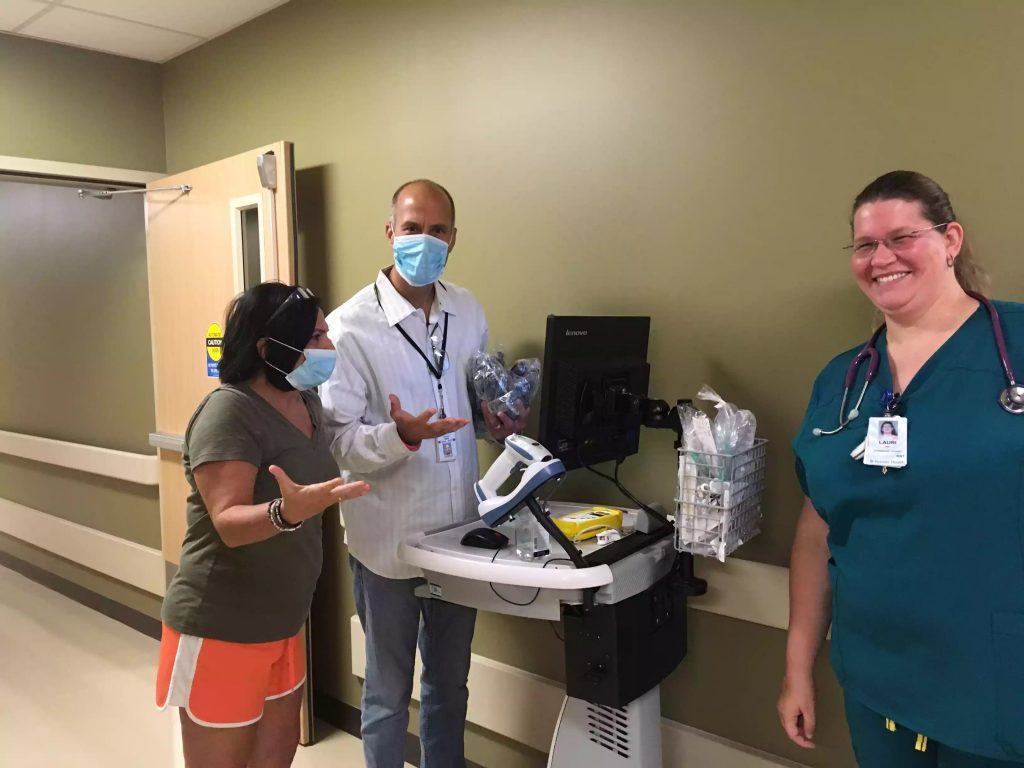 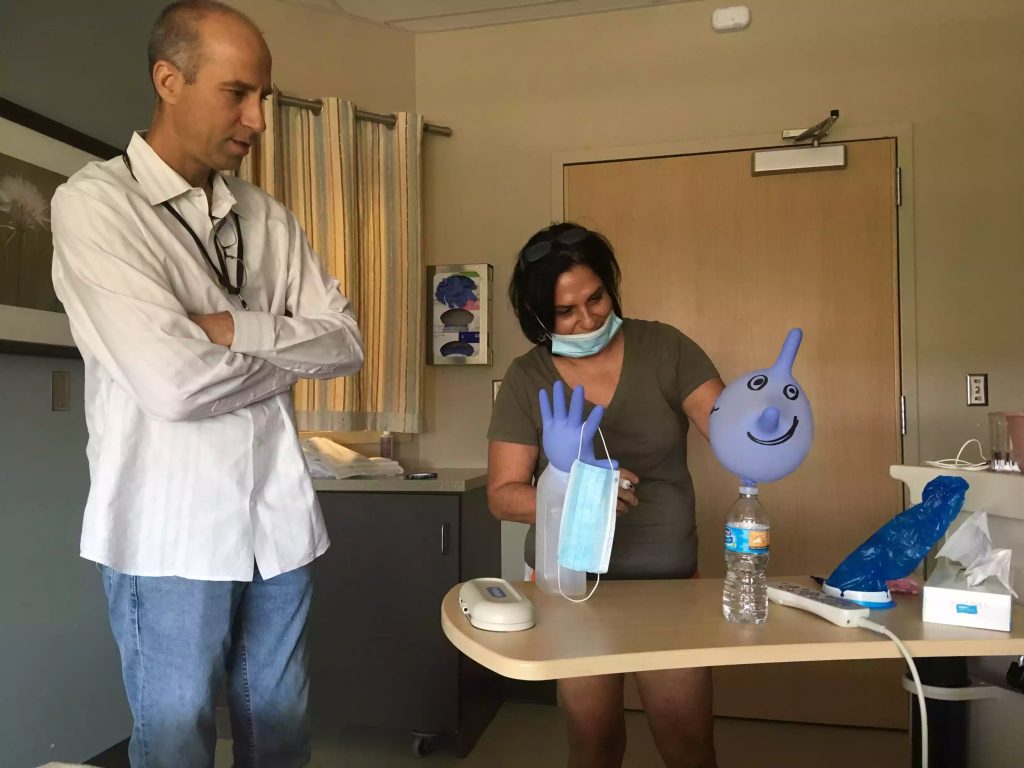 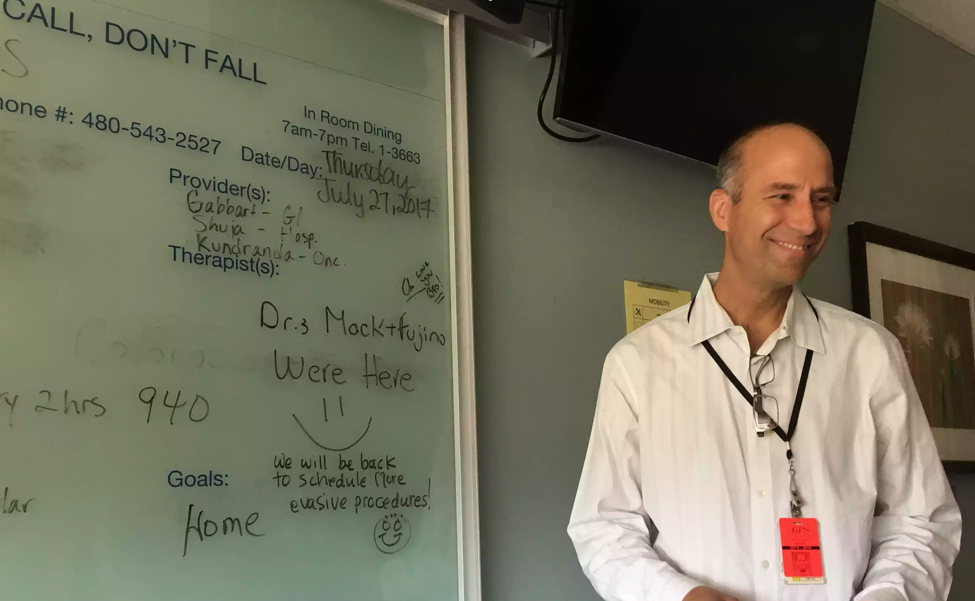 While I was at the courthouse, my sister was at the hospital with Amos helping the hospital staff get him ready to go home. They found out that Valium did wonders for calming the storm in his stomach. They also got him a walker to help him get around that relieves the tension in his stomach. When they discharged him late this afternoon, he was escorted by four FBI units including a K-9. 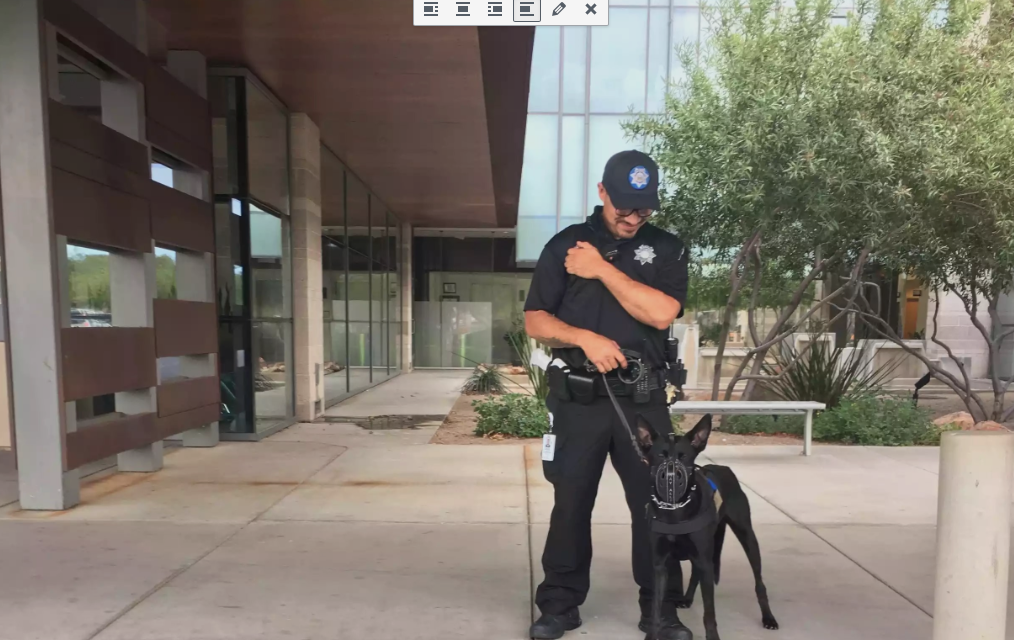 We also had Ken and Phoebe’s K-9 unit at the house protecting my kids all night and day. Thanks Otto! 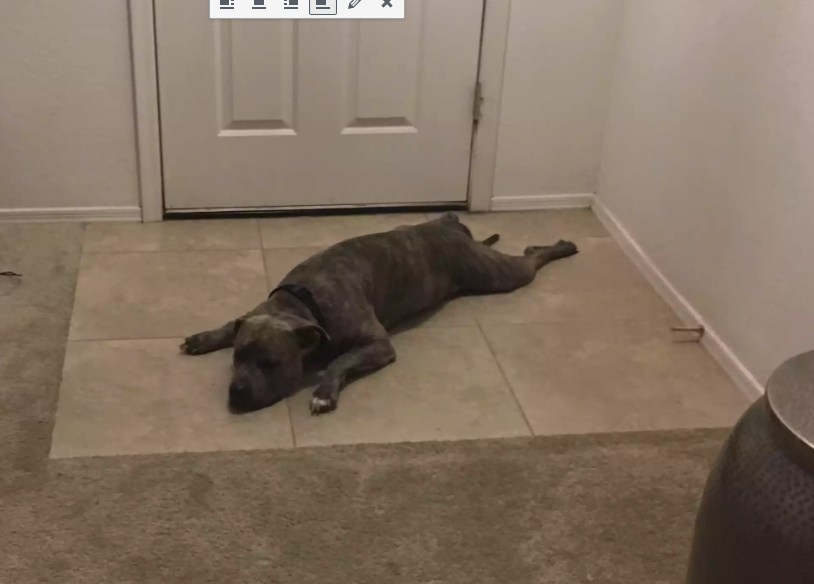 The day actually had a very happy ending. The man turned out to be non-violent but mentally ill and delusional. He had convinced himself that he knew me and Evie Clair and that we were the only friends he had in the world who could help him through his problems. Thankfully mental help is exactly what law enforcement agencies got him. They intercepted him near Flagstaff and got him safely committed to a mental facility. Thank you to everyone involved for helping to keep us safe.

My favorite part of the day was having a visiting teaching lesson in my living room with swarms of law enforcement all in and around the house, large guard dogs and weapons and Amos walking in the door from the hospital. It was a mad house, but in perfect order at the same time.

The visiting teaching lesson was about consecrating yourself and all your energies to the Lord and allowing Him to do the rest. He certainly did the rest today and I pray He will take care of this desperate man through his mental recovery and bless his family in West Virgina who were so worried about him.

As the day began to resolve, Amos’s friend Burt came and with the help of our bodyguards, Ken and Sean, gave him a beautiful blessing. We got Amos to sleep in his own bed. He gained 5 lbs during this week at the hospital and he is on his way to better days.

Previous: Feeling the Love
Next: Get Well and Here’s a Balloon