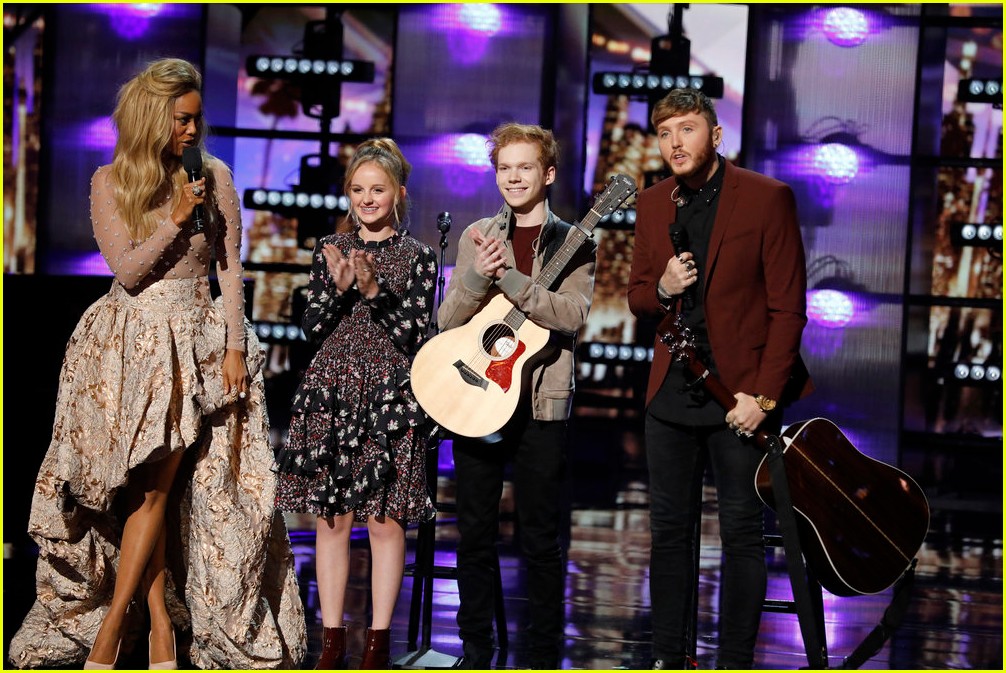 The America’s Got Talent final show is over and we want to congratulate Darci on her win. We all knew she would wrap things up but the pressure of being the front runner was enormous for her. I’m glad it wasn’t something Evelyn had to carry right now. Thank you to all of you who voted and supported Evie Clair. There is some ambiguity for the lower 5 so we don’t know if she was 6th place or 10th but I believe the opportunities going forward will be similar regardless.

Producers decided to have the star, James Arthur, sing a song with Evie for the finale that she and Kirra and Porter wrote together called “Okay Day.” This is really special for many reasons;

First: celebrities will usually agree to go on shows like this to promote themselves and sing their own songs. James Arthur’s willingness to sing her song and the kind way he did it and his genuine concern for her over the loss of her father were astounding.

Second: a few months ago Evelyn had a very vivid dream where she was in a circle of fire and the rain came down around her and put the fire out. The words to the bridge came to her in that dream;

“When the clouds start to form and the rain starts to fall; everyone knows after rain comes a rainbow after all.”

I’m sure she never imagined that the person who sings the current hit “Say You Won’t Let Go” would be singing it with her for the finale of the biggest show in the world! Nevermind that they only had 20 Minutes to pull it together!

The best parts of the day were the moments we both were star struck. Evie was set to rehearse with James and I had to push her through the practice room door. She was so nervous to meet him in person. She covered her red face and she couldn’t control the water coming from her eyes or the hyperventilating. It was adorable. Thankfully she got past it quickly so they could get to work. 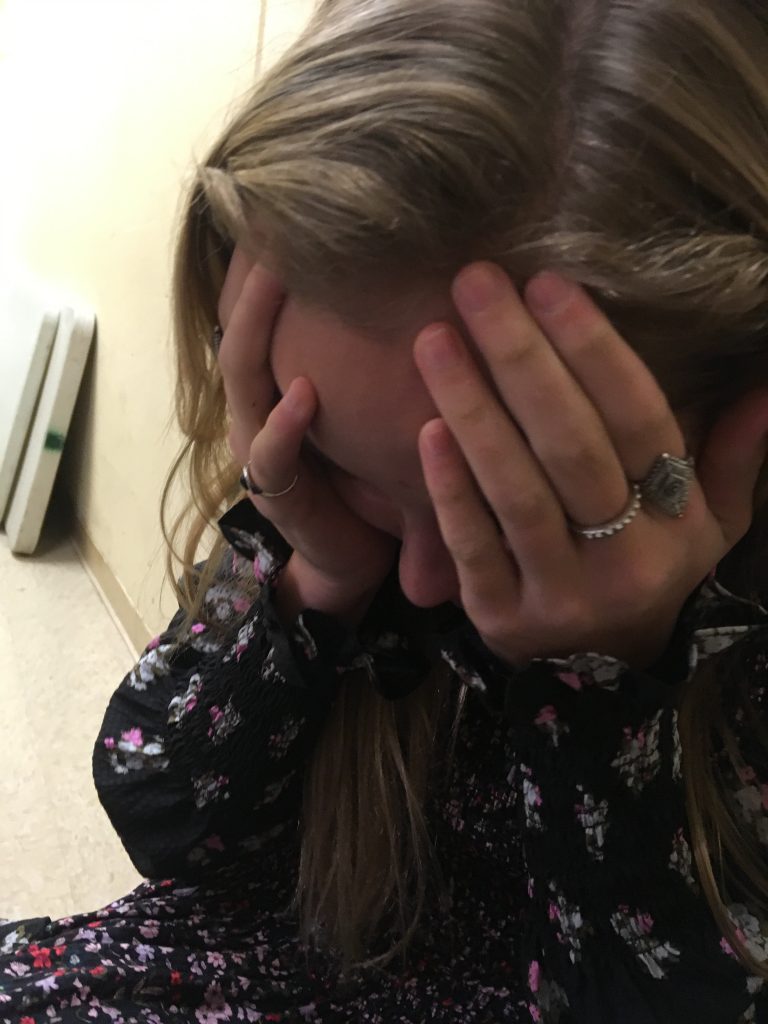 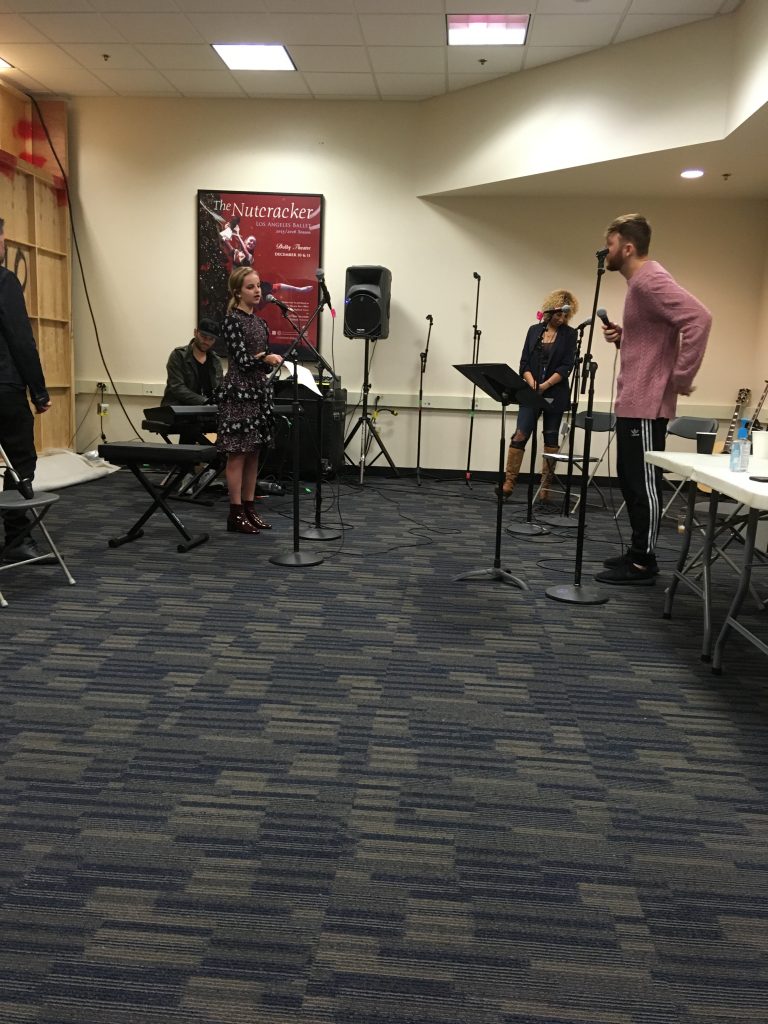 I brought Kirra to help James learn the part she usually sings but they cut the complex parts of the song so he was fine. Hopefully we can get it recorded and release the full version soon. James kept saying he loved the song so much and someone told me he said it was his new favorite. 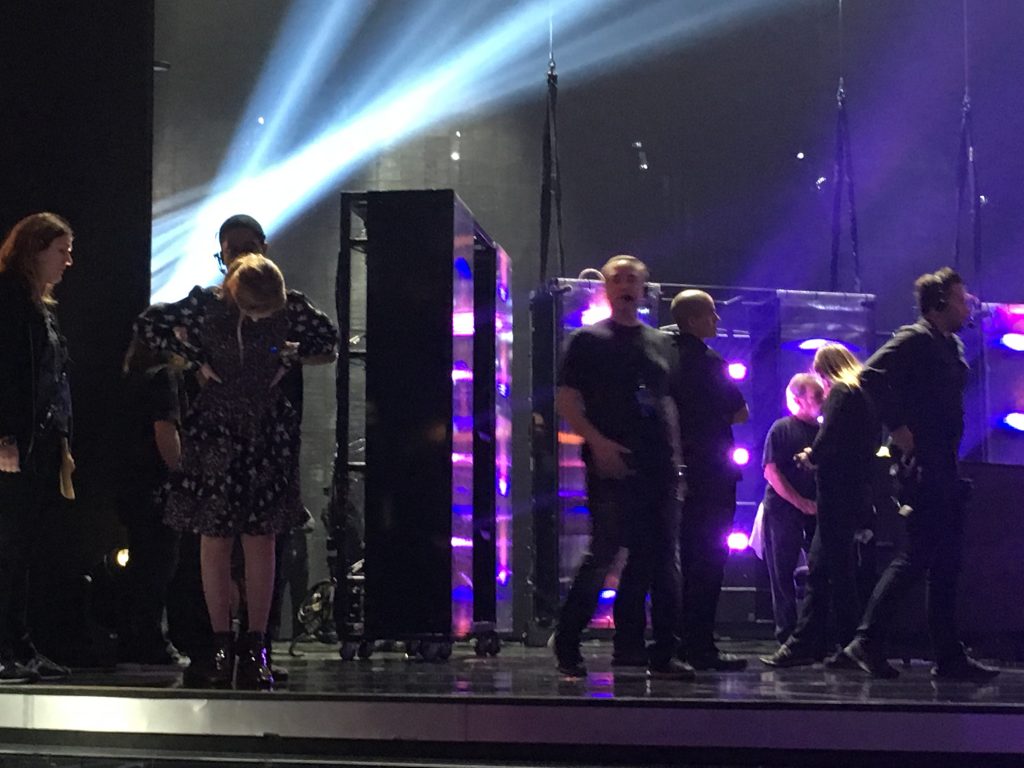 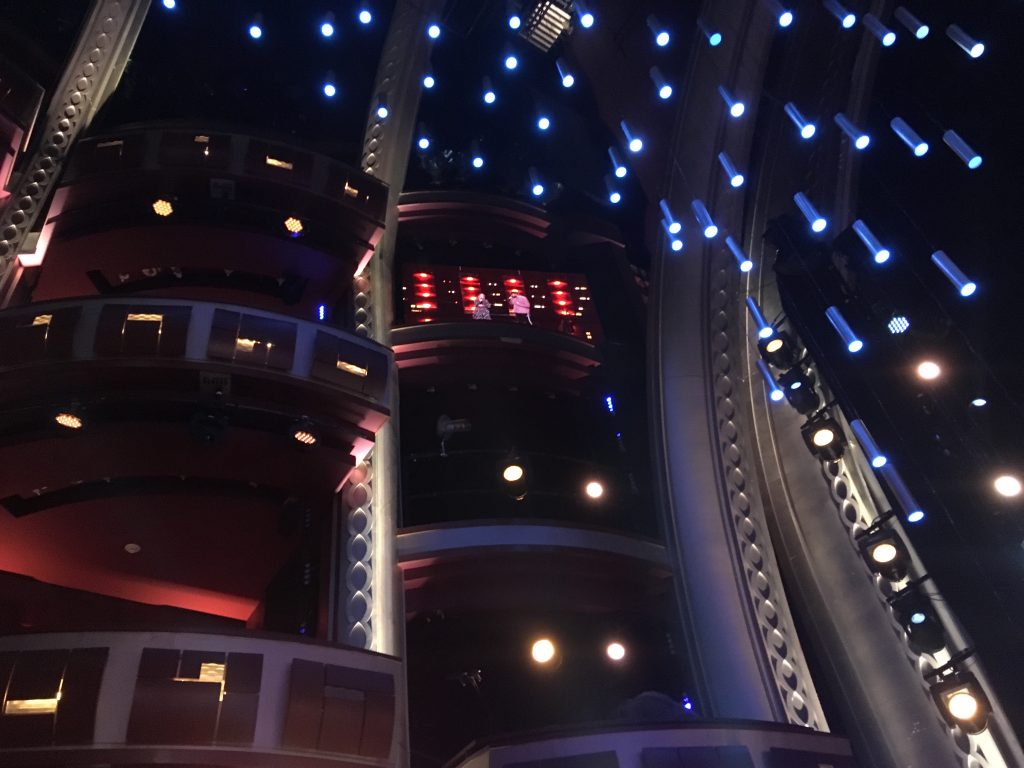 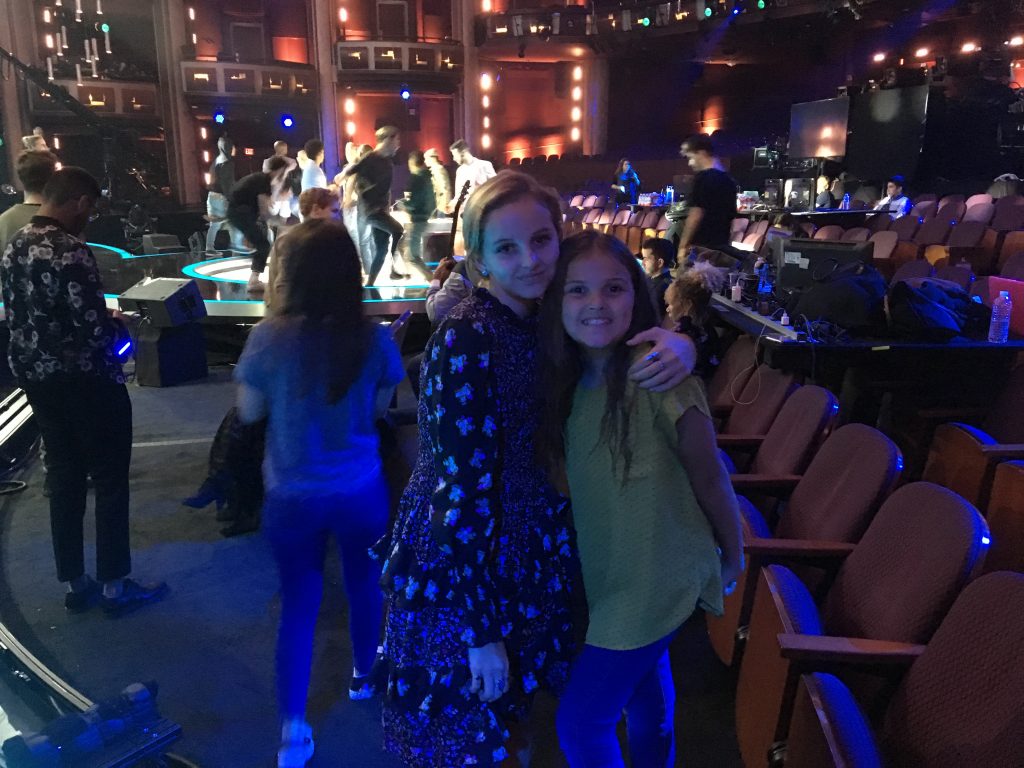 The star-studded day didn’t end there. We got to hang out with tons of them but the one who personally called her on the phone had the biggest impact.

After stage rehearsal with James Arthur, Evie got a phone call from David Archuleta who is pretty much her favorite singer.

They spok for a long time and after the freak out in front of the AGT staff, she found a quiet corner to really talk with David for a while. When she came back to find me I could tell she had been crying. I asked her about it and she said he was crying too. They were taking about David’s concert that Evie had attended with her dad last Christmas. It was her last daddy daughter date and she will never forget it and is grateful to David for making that time so memorable for her.

Evie then had to dash over for hair and makeup before the dress rehearsal. I thought she looked stunning last night. Our friend Michelle came to our hotel room that morning to do her lashes so she wouldn’t have mascara issues. Love this lady. 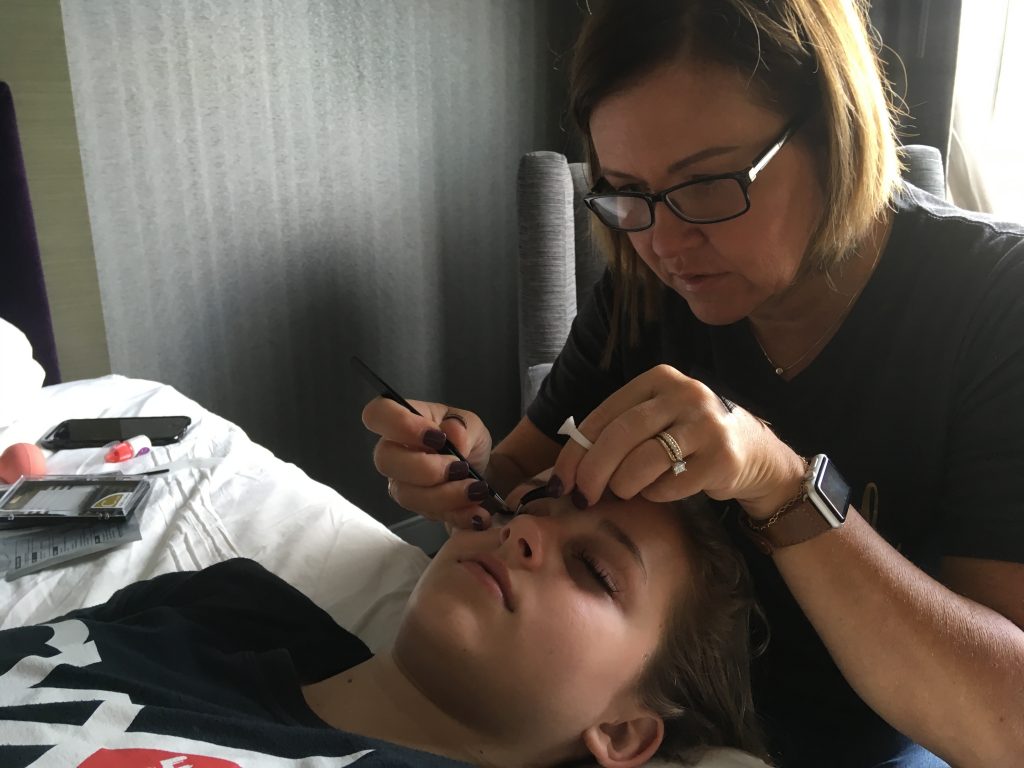 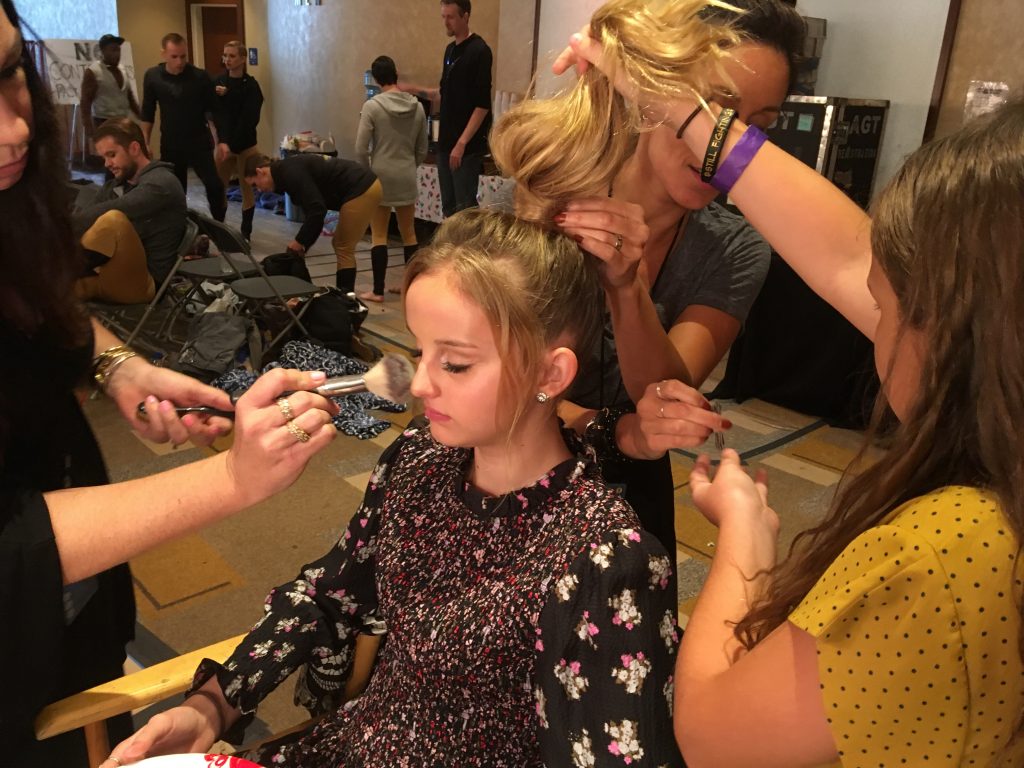 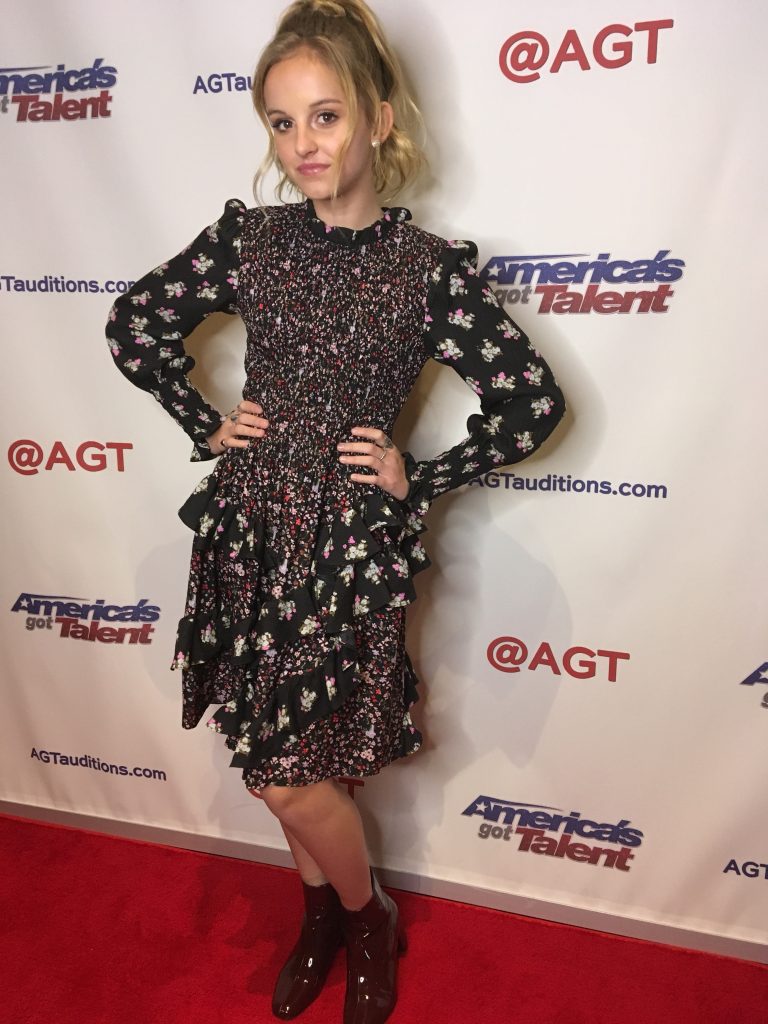 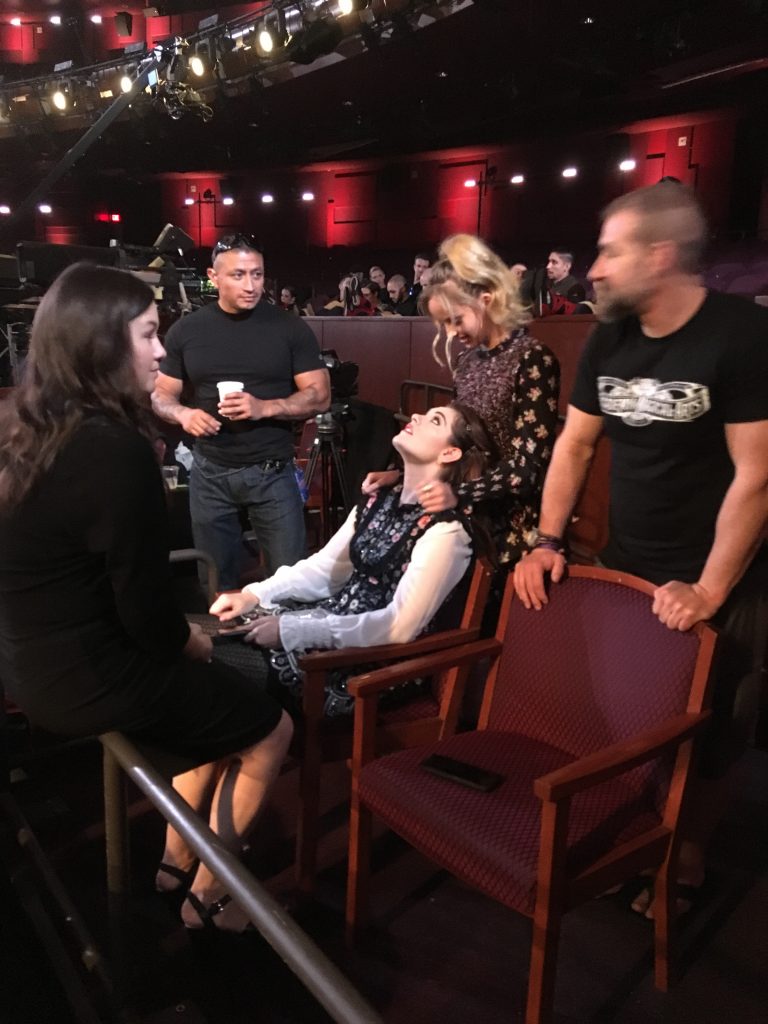 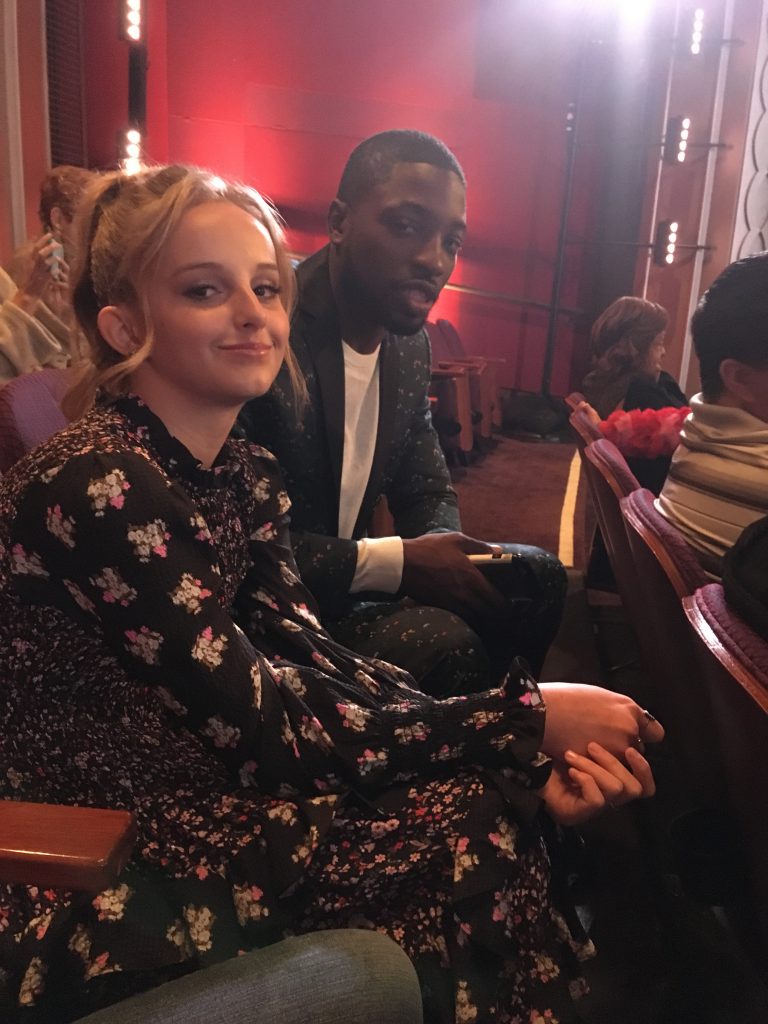 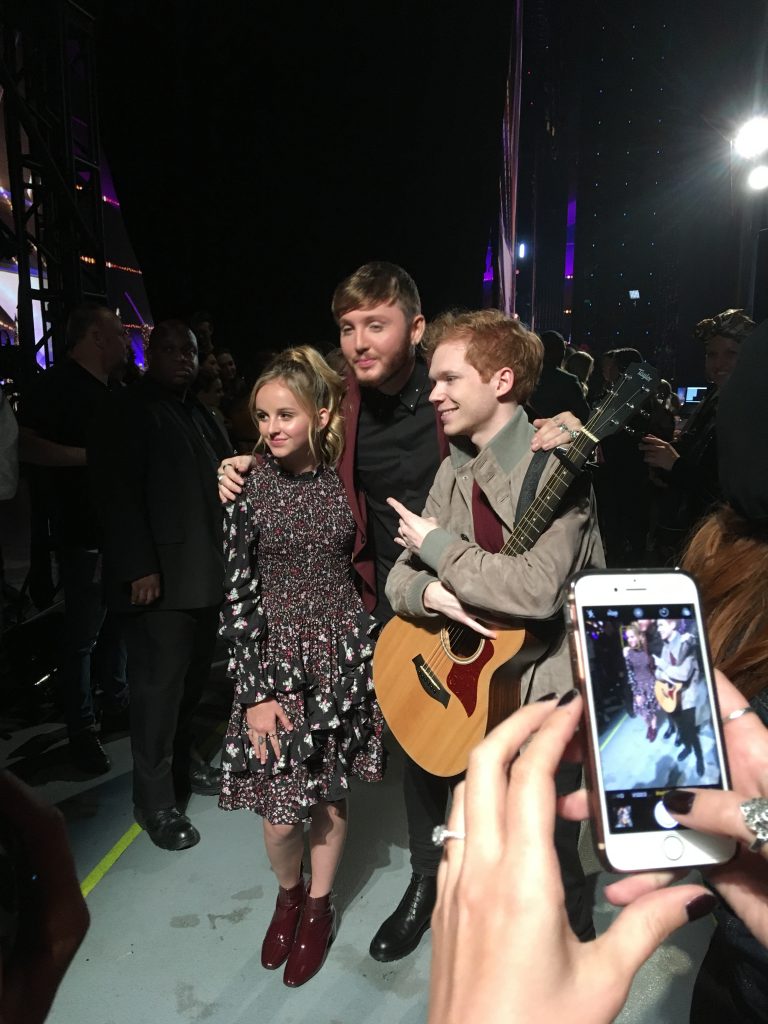 I watched the show back stage and their was a segment when they showed Amos. It was so touching and this beautiful Academy Award winning actress, Marlee Matlin, understood the situation despite being deaf, and came over to comfort me. I was a little star stuck by her when I saw out of the corner of my eye that she was crying with me and that someone I looked up to for the barriers she has broken knew what I was going through and mourned with me for that moment. 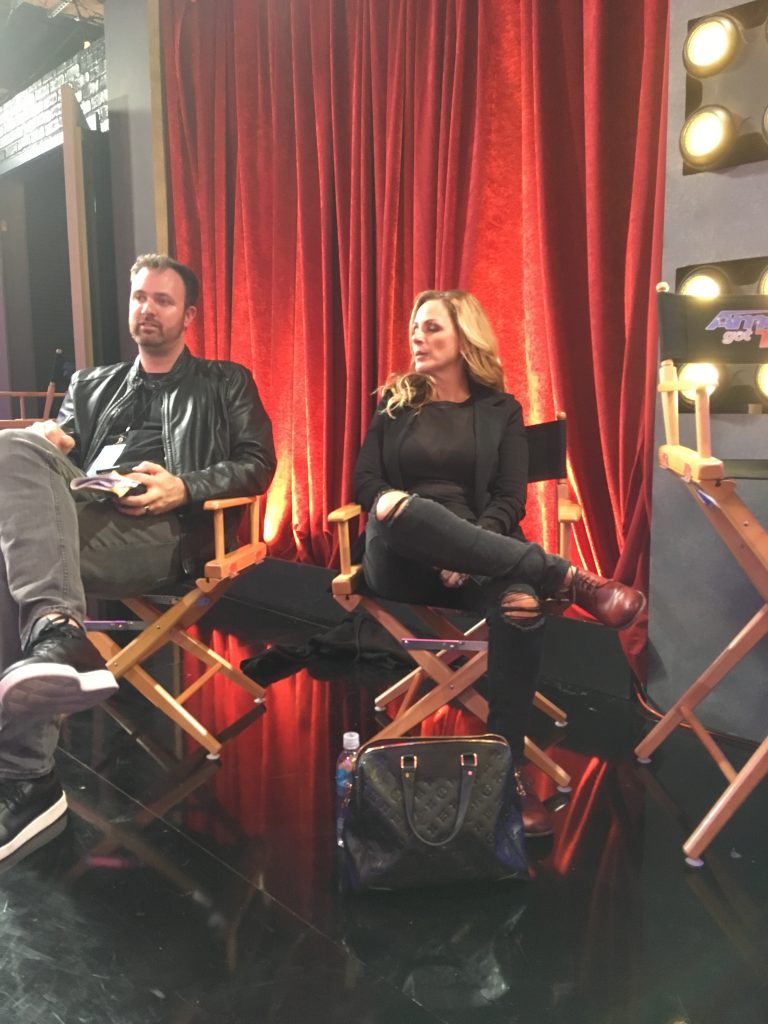 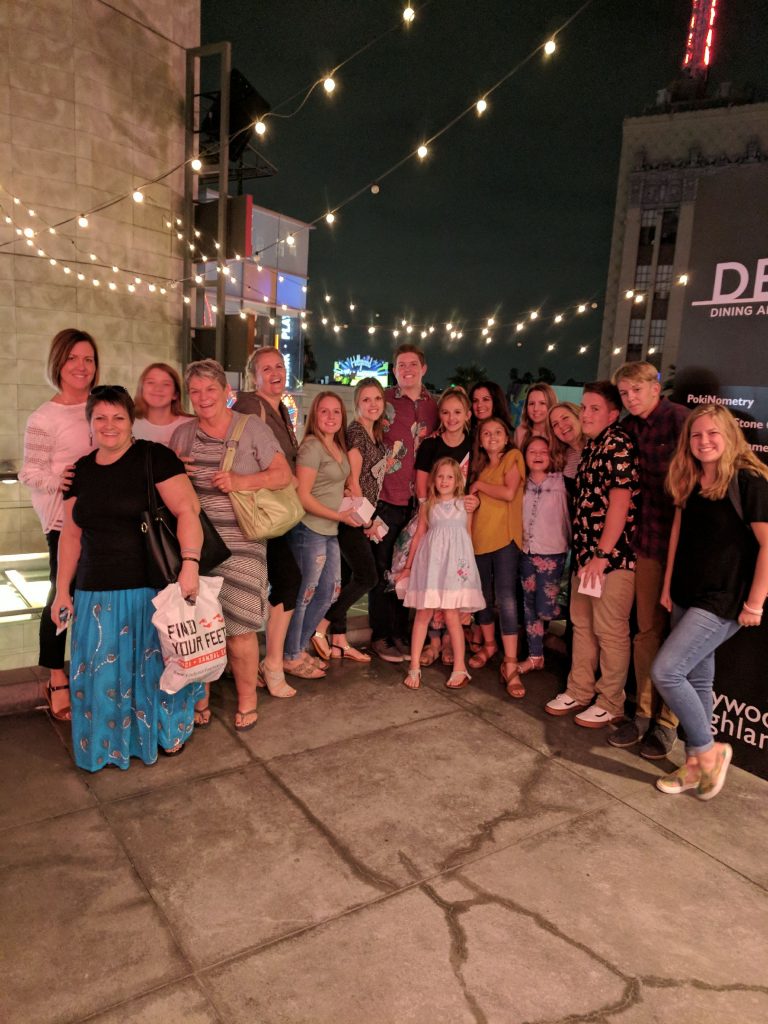 We spent some time taking pictures with the fan mob after the show then met up with our family and friends for an after party at Johnny Rockets. Aunt Jennie had to head back to the Phillipenes tonight so we were glad to get some time with her and many thanks to my friend Laura for bringing her to the airport.

As the show aired later in Phoenix, Channel 12 News crashed a watch party my sister Christy was having with her mutual group and they interviewed Evie’s cousin Sarah.

Before the night was over, Lucie, the AGT film director who came out to our home a few months ago, handed me a zip drive. She told me it was a message to Evelyn from her dad and to wait to watch it until we were home. What a gift! Not only the Zip drive but this whole day and this whole AGT adventure. It has been a bridge over troubled waters for us and I will always be grateful and marvel the magnitude of these blessings.

In other news, Kirra made her school soccer team! Yay! Can’t wait to get back home to be soccer mom.