Yes, Porter finally won a wrestling match. We were worried for a while that his “tall-skinny-itous” and his back issues would mean no chance for a win this season, but he actually pinned his first opponent tonight.

After all the matches, Amos took some time to work with Porter on some moves. It was such a tender father-son memory that I had to post it here.

I’m so glad his first win was on Amos’s non chemo day off so he could be there. I can tell that Amos misses coaching. He got offered 11 bazillion dollars to come back to Gilbert High today. 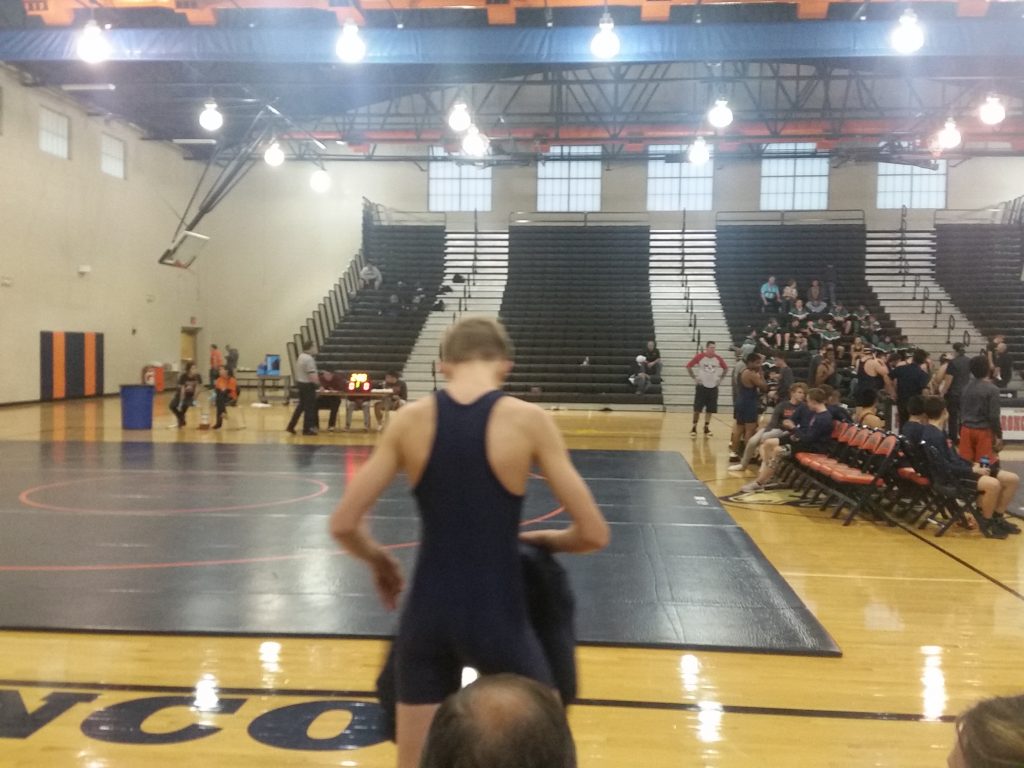 Amos and grandpa spent the day setting up a Christmas suprise. I had no idea how involved the project was. Amos was in the attic and grandpa was on a latter for much of the day with a power drill. There are now giant hooks on the ceiling in our loft. So exciting but I think Amos and grandpa both over did it a little.

Mark your calendars for this Sunday night at 6. Evie will be doing a Facebook Live Christmas concert on the popular page “LDS Sister Missionaries.” Take a minute to Like/Follow that page so you will get a notification when the concert starts. Hopefully she will be feeling better by then. She is still sick today.

We are also excited that during our San Diego trip next weekend, we will be able to visit our friend Julia Warren who wrote the song My Savior, My Friend that was recorded by Evie Clair and The Piano Gal.

She is planning to have Evelyn sing it for her ward on Sunday which happens to be right near our San Diego hotel. What are the odds?