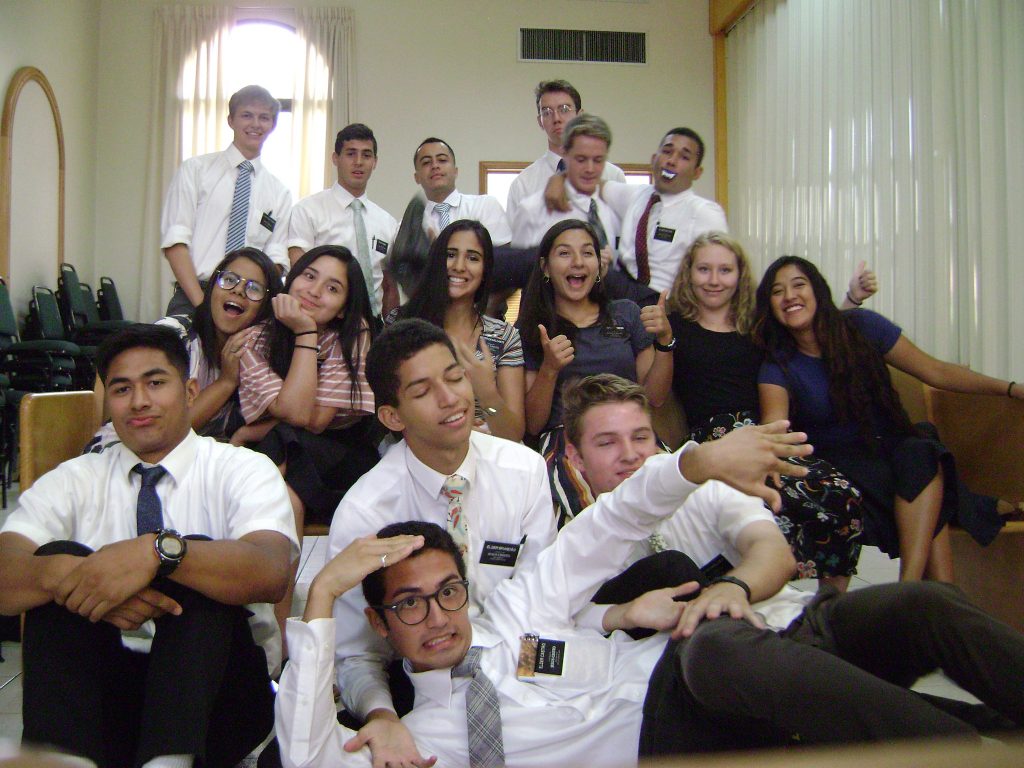 I was surprised with a call from Porter this afternoon since it’s not his preparation day when he is normally allowed to call. He said he was able to call today because it’s dad’s birthday. We have a birthday tradition where everyone says why they love the person who is having the birthday.

Porter said, I love dad because he knew what it meant to be a missionary.

We both just sat and cried over a Google Hangouts video chat. It was beautiful. Here is Porter’s letter from Brazil this week:

Sup yall,
So this week has been quite mixed as far as the success of our teaching pool is concerned. Probably about 75 percent of the appointments we marked fell through at the last second, but, we held fast, and we definitely saw some miracles because of it.

The most definite of the miracles this week was yesterday. After church, and a lovely almoco with the members, we went looking for a house from an old teaching record that looked pretty promising. We looked and looked, and asked like a bajillion people where to find this street, and we were just not seeing it.

Then out of knowhere, this Carolla pulls up next to us, and this rather odd but well kept man in the driver’s seat yells, “Hey! What is your guys’ purpose:” We just about started reciting the missionary purpose in unison, but settled with, “intive people to come unto Christ”.

He liked that, and offered to give us a ride. Turns out we were on the street we were looking for, and had passed it about 20 times. We accepted the ride, and on the way to the house this man told us that he had been praying about what he could do to serve, because Sunday was a day that he just dedicated to the Lord, and felt impressed by the Spirit to just drive one more time around the block.

He took us to this house, and turns out this person no longer lived there. The house was totally vacant, and up for sale. So, we did what we were plainly directed to do, and went with the guy who gave us the ride back to his house to teach him more about the gospel. We taught him, and his parents, who lived with him. Turned out, he already had a Book of Mormon, from 1995. This lesson went for a LONG time, because he talks a LOT, but it was very good, and he has a lot of faith. And, his mom kept bringing out and endless supply of cake, fancy grape juice, lil cookies, and handed us some bomboms on our way out.

Things are definitely looking up. We are going back today after P Day to teach him again. It’s gonna be a good one, I can feel it.