My sister Phoebe’s family came over today for a beautiful Memorial day BBQ at the pool to remember those who have served our country.  We had great fun together and I’m grateful every day for the closeness of our extended family.  Today Amos wouldn’t want me to write about his problems, but remember and celebrate the lives of those who have served and those who have sacrificed themselves for our freedom.  We are grateful to all who have served including dads, cousins, grandpas and uncles, but today we pay special tribute to our fallen nephew: 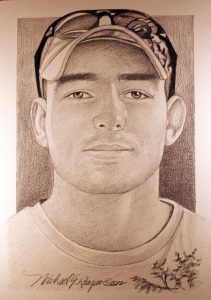 Our nephew, Sergeant Gurr, made it clear as a child that he intended to be a soldier as soon as he was old enough. And just a week after graduating from high school he reported to boot camp. At 17 Sergeant Gurr had gotten his parents’ permission to enlist. Daniel chose the Marine Corps because: “the uniform was better, so he could pick up more chicks.”

But Tracy, Amos’s sister and Daniel’s mother, didn’t find that 17-year-old kid when she traveled to Camp Pendleton, CA. to watch her son graduate from boot camp.  She said,

“He’d gone from the little boy I’d sent to boot camp to a man; a through and through man.  I had probably never been so proud of him, and not as just a mom, but as an American.  To watch that many Marines graduate and that many young men and women be ready to take the oath and make that sacrifice for our freedom, for our country — to give up everything for that — it was amazing.” 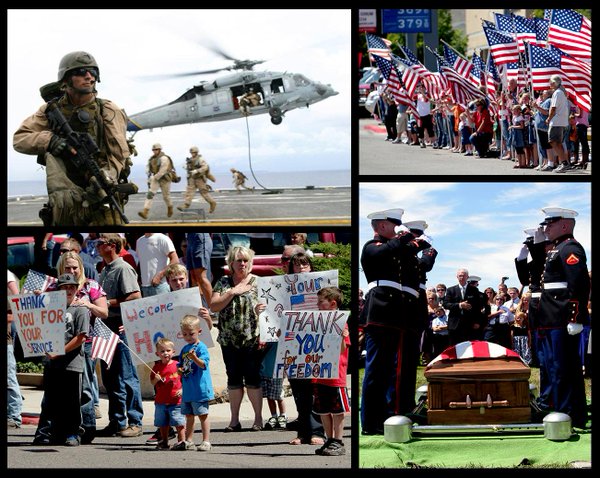 Daniel died in the service of others doing something he was always meant to do and squeezed every experience possible into his brief life.

Living life to the fullest included the time he dipped and kissed the school’s female principal after accepting his diploma!  Daniel was his school’s soccer star and in student council.  He was loved by everyone and could light up a room with his smile.

Amos will never forget driving into Vernal, UT behind the hearse that held Daniel’s body to see nearly every person in the town lining the streets to pay tribute to Daniel.  It reminds me so much of the way so many people have gathered to support Amos in his fight against cancer.   These things tend to unite and bring out the best in people; a beautiful silver lining from the terrible storms of life.

Daniel was one of the youngest soldiers to ever graduate from Force Recon.  He told his mother he was willing to drown in order to pass the swim test.  I’m not sure where that kind of will power comes from but it’s incredible to me. At age 21 and soon after being promoted to sergeant, Daniel was killed by enemy small-arms fire during a foot patrol near Malozai, in the Helmand Province of Afghanistan.

Tracy’s biggest fear is that people will forget Daniel and his sacrifice.  I want her to know today that he will never be forgotten in our home. His story has been such an inspiration to all of us and we tell it often. #neverforget

Freedom – paid for by the lives of “Gurr”eat men.