Today had to be timed perfectly because there were a million things going on. I called Amos at 5:30 pm to make sure he got out of work on time. He answered with such a happy voice that it made me feel so good. Any scheduling issue would have thrown off the whole day and him answering meant he got out on time.

We had the sister missionaries over for dinner. After we ate we handed the new sister a guitar and found out she has secret musical talents. She and Evelyn did a jam session on our baptism song and an arrangement Sister Henderson wrote of I Need Thee Every Hour that is phenomenal. On one of these future blogs we’ll let you hear it. 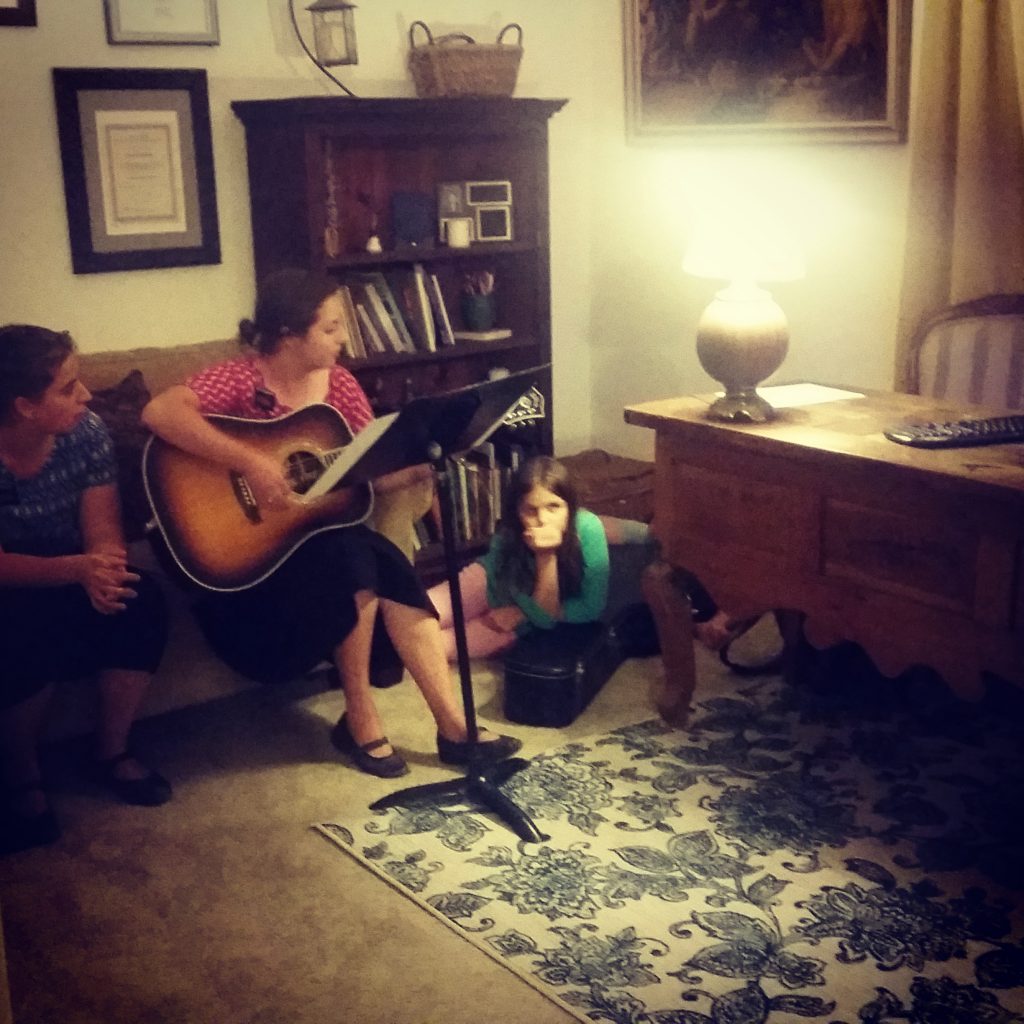 I love music. You all know my whole family loves music. It was such a shock to Amos to marry into such a musical family at first but now he loves it and even sings in ward choir with us. It’s such a fun way to bring people together and unite spirits. You may have already seen my niece’s song release today. I was too excited not to post it earlier. It’s called “Box” and it features Spencer Jones – from Evie’s Eye of the Tiger video. McKenna also released an album and I was so excited to buy it even though I already have all the songs on my computer.

Tomorrow is chemo. Hopefully the second to last round. Thanks for all the comments on the blog yesterday. You are wise people.