Daddy is getting his snuggles from his girls right now since they told him he would have to keep his distance from everyone for a while after his Y90 procedure on Tuesday. He will literally be poisonous. 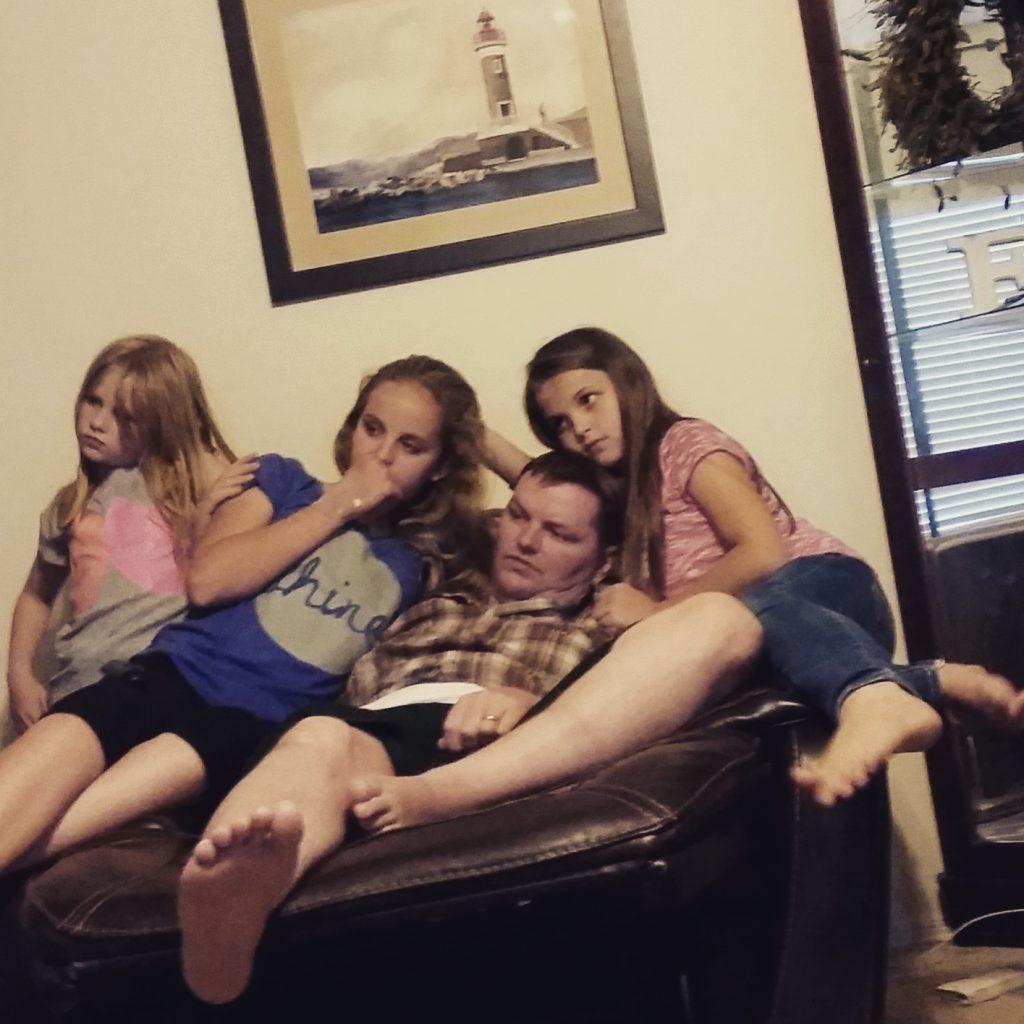 Amos only brought ibuprofen to work with him today and that was a mistake. He got a call from the surgeon’s office this morning telling him he could only take the oxycodone not the ibuprofen he had. They don’t want his blood too thin for the surgery on Tuesday. He can’t take narcotics at work so he went through the rest of the day on nothing. It was difficult but he made it through and is now feeling much better with the oxycodone, his chair and movie night with his girls. We are watching SING!

Evelyn is healing well but her cyst was on her right wrist so it is really difficult for her to do essays and papers without someone typing for her. She was especially happy to get her work done this week and make it to the weekend.

Amos was feeling bad about not being able to go on the Father and Son’s campout tonight but Porter has to work tomorrow so it worked out ok.

We had several more join the family fast today and Amos is holding on. Thank you to those who went without meals on his behalf. There is power in fasting and prayer and we feel it.