Amos was happy today. He really was. What a day! 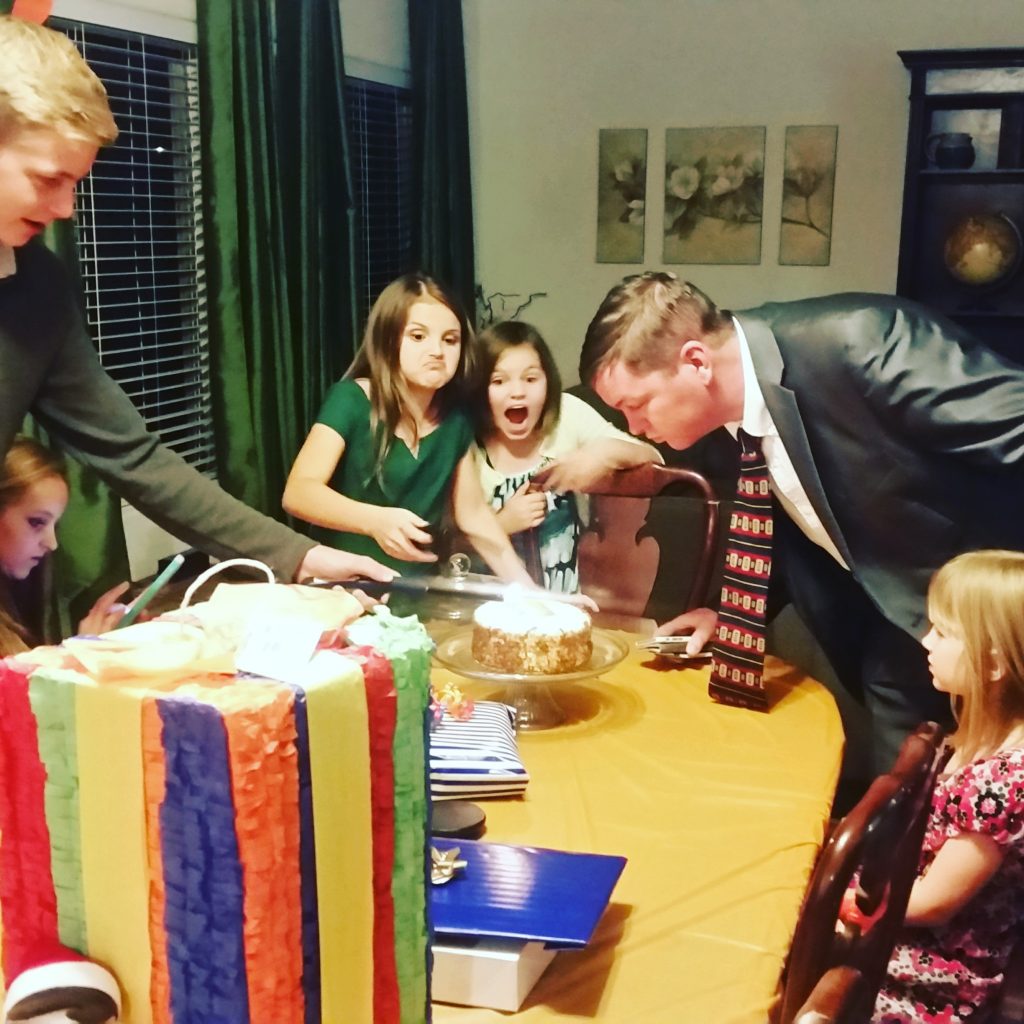 Following up from yesterday, our family met with Elder Tilleman of the Seventy this morning. As we sat in the Stake President’s office before Elder Tilleman arrived, President Ray told us a little bit about this amazing man and throughout the morning we learned why he may have been the one who was supposed to administer to Amos. He was an Olympic basketball player for Canada who actually guarded Michael Jordan and Charles Barkley! What?? He was also a mission president when he was violently attacked by a large dog who left him paralyzed. He remained in his calling and was slowly healed of most of his afflictions. I realized through our conversation that neither Elder Tilleman or Amos have much feeling in their hands or feet. That is one of the most annoying things for Amos that many people don’t understand. I think Heavenly Father sending this man was His way of showing Amos that someone understands his burdens.

Elder Tilleman and President Ray gave Amos an anointed priesthood blessing reaffirming the collective healing blessing that was given to him yesterday by President Nelson. It was so beautiful and specific. He talked about me being the person to make sure he rests when I feel he’s doing too much. He said that if his wife hadn’t done that for him he would not have recovered.

Another crazy thing that happened today is that Elder Tilleman’s daughter-in-law came up to me after the conference and asked me if I was Missie Koozer’s sister. Her name is Jessica I think and she said my sister was her mutual leader in Maricopa and one of the reasons her testimony was so strong.

There is just too much to share today from our amazing stake conference so I’ll skip to the link to our Facebook Christmas devotional tonight if you missed it. Thank you for being there to support Evie Clair. Having several thousand viewers in our home tonight was incredible. Definitely the biggest birthday party Amos has ever had. About 3,400 people watched it live and now the reach is up to 21,000 which is one of the highest that page has had for a live event. #LIGHTtheWORLD