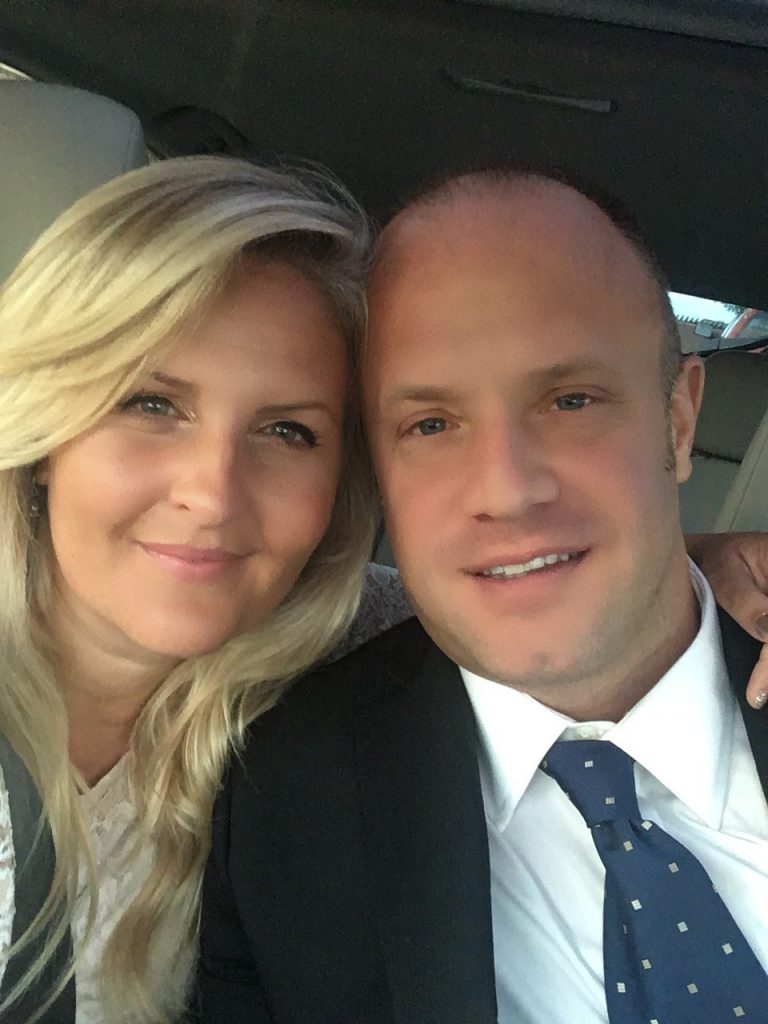 If you are wondering how your wedding invitation got lost, I need to apologize and tell you that you weren’t forgotten. We didn’t invite anyone to the wedding. It was held this morning at 4:30 at our home because our bishop needed to catch an early flight. I was surprised my children even got out of bed for the occasion but so grateful they did. I think you can tell by this “lovely” picture that it was pretty early in the morning. 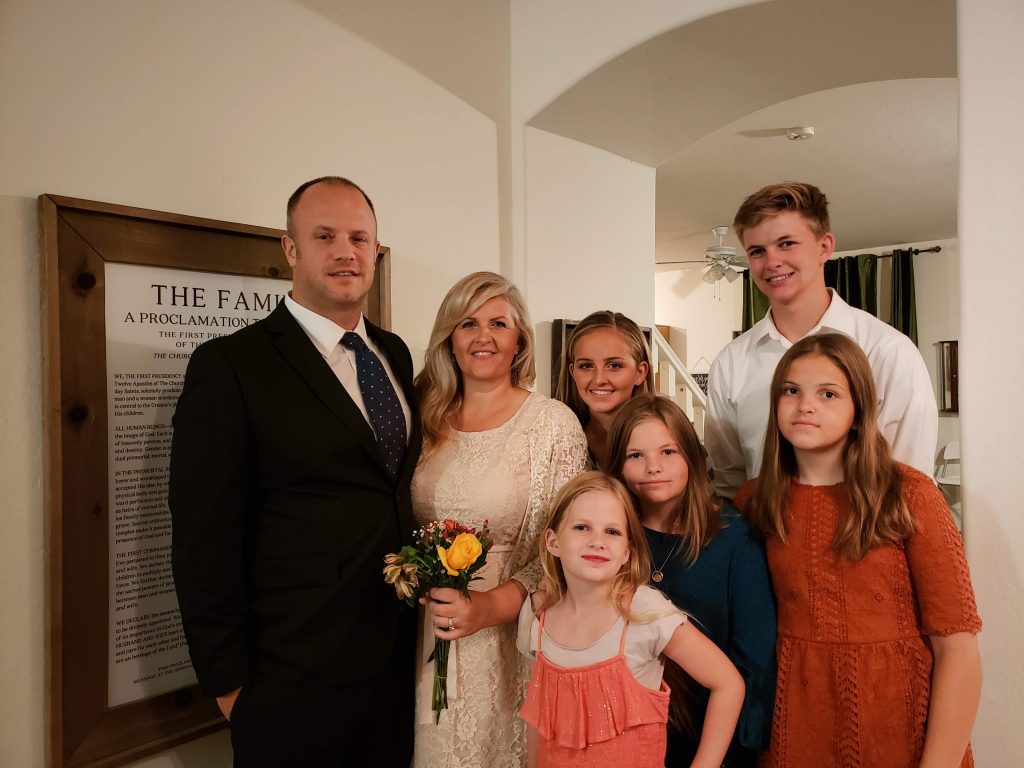 I married this adorable man, Michael Fulton, and I feel extremely blessed to have him in my life. He’s brilliant and he makes me smile and I adore him. We were not married in the temple because we are already both sealed for eternity to other people. Michael’s first wife died of leukemia. We desperately want to qualify to be exalted with our near perfect spouses who have already passed. We have a lot of work to do and hope to help each other.

While in Raymond, Alberta, Canada a week ago, I learned that our Prophet – Russell M. Nelson married Wendy Watson who is from Raymond. The ward we attended on Sunday was still talking about how the prophet and his wife recently attended their ward. I’ve had a lot negativity directed toward me about getting married again or about getting married so soon and it was comforting to learn that the prophet of my church who I love and respect, married his current wife only about a year after his beloved wife, Dantzel, passed away.

He later delivered an address titled “Nurturing Marriage” that included the observation that, “Marriage brings greater possibilities for happiness than does any other human relationship.” I believe that is true and my sweet Amos did too. We had many discussions on the subject.

This road has been difficult but I have seen learning opportunities every step of the way.  My children have particularly struggled with the idea of their father being “replaced.”

Yesterday in church, Porter spoke about his experiences at the youth conference we attended in Canada where Evie performed. Porter has been learning Portuguese for his upcomimg mission to Brazil and a guy in his group decided to test him on his Portuguese by asking him random questions to answer in Portuguese. He answered simple questions like his favorite color with no problem but when he was asked why he decided to serve a mission he was taken back. He had a million complex answers in his head but didn’t know the words in Portuguese. His language barrier forced a simple answer that became a profound lesson for him. He answered in Portuguese,

“Because I love Jesus Christ and I love my brother’s and sisters.”

The basis of the gospel of Jesus Christ is that simple and I’m so proud of my son for learning it so early in life. He will make a wonderful missionary. As far as invitations go, we will have an open house for Porter after church on the 18th of this month and you are all invited. He will be speaking at noon.

I also said a few words in church yesterday after Porter’s testimony of love inspired me to share my own. I spoke about how after I had him and was pregnant with Evelyn, I wondered how I could possibly love another child as much as I loved Porter. He and his dad seemed to take up my entire heart. When Evelyn was born, I was surprised by how my love expanded to include her. It continued to happen as I had several more children. I thought of our Heavenly Father and how he could know and love all of us who have ever lived. His capacity for love has grown on a scale I can’t even comprehend and His love for one of his children doesn’t diminish his love for another. I hope it helped my children understand that my love for Amos will never dim and I pray they might find room in their hearts for not a “replacement” for dad but another person to love.

On a particularly hard day with Evie, my friend Lori said to her, “Just gotta love the people your people love.” She and the rest of my children have made incredible efforts to widen and stretch their hearts to include the man who now has a permanent place in mine.