I am in the post operating room with Amos now. They haven’t moved him to his room yet because he keeps forgetting to breathe.  They just put him on oxygen. He is in a lot of pain and the Y90 procedure took an hour longer than planned. I was so grateful to have my sister Phoebe with me here all day to make the time go faster. 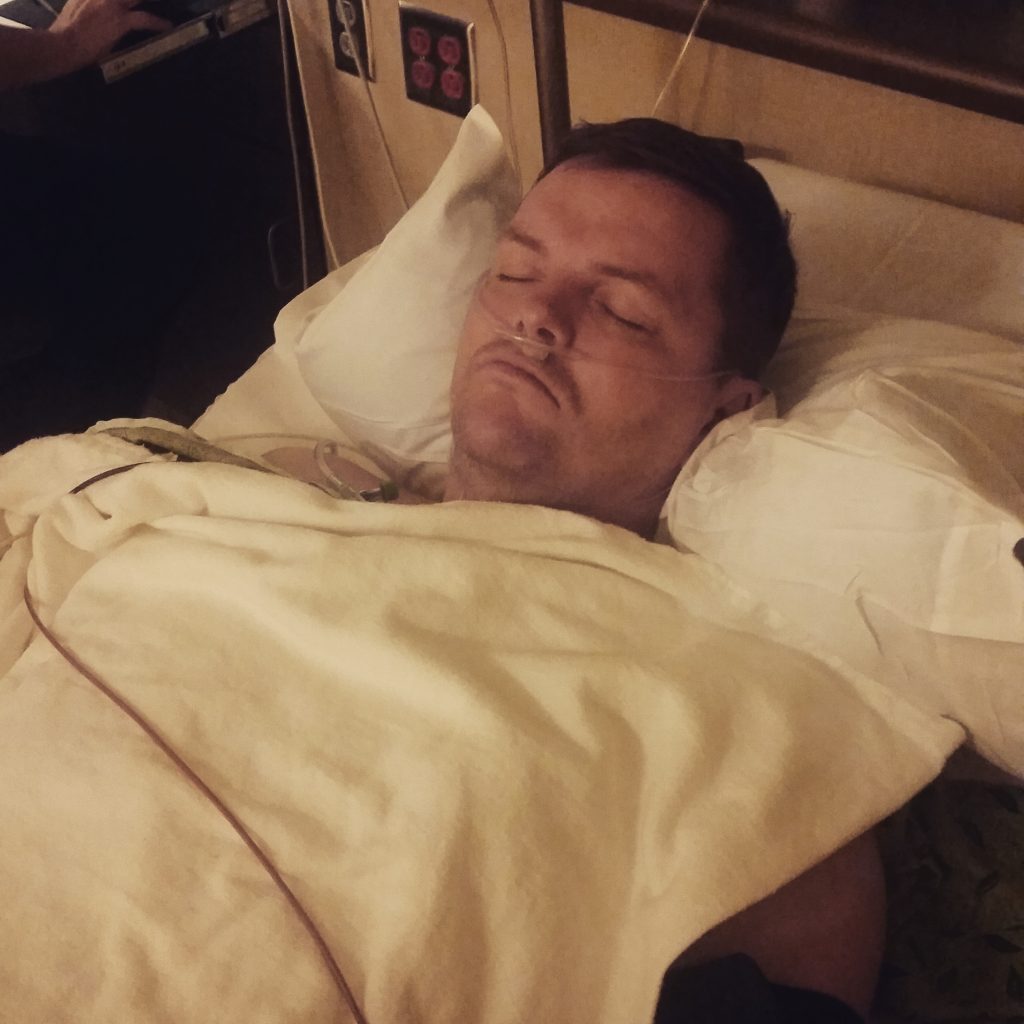 As soon as they get him stabilized they will start him on chemo pills his doctor prescribed today. I think recovery from this one is going to be difficult for him and me. I forgot already and they had to remind me not to kiss him. At least I can hold his hand.

Amos is breathing a little better. They have him on Dilaudid for extreme pain near his liver.  Josh Pearce stayed here with him while I ran over to get his 6 new perscriptions from the cancer center before it closed. 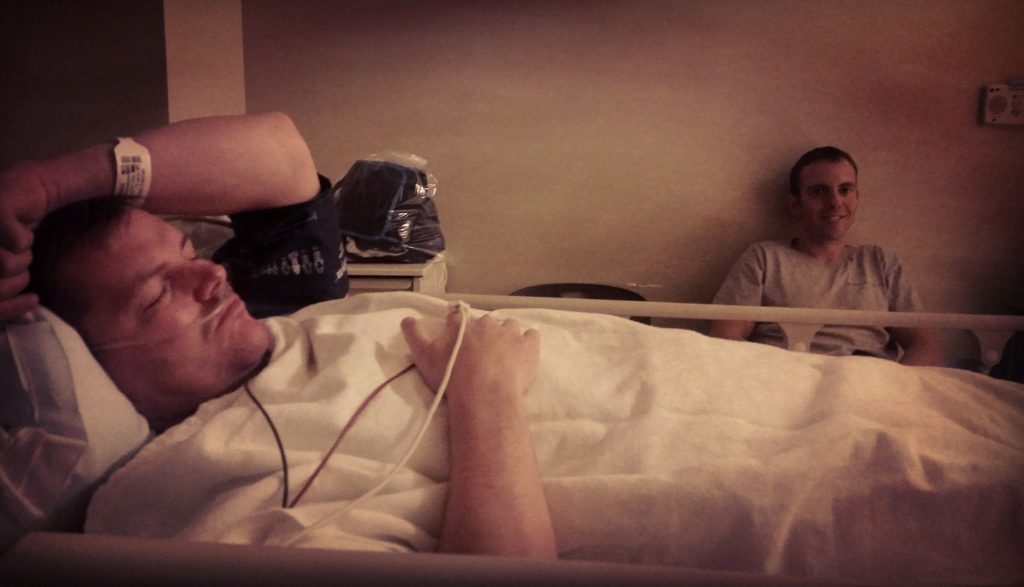 Dr. Lanauze came in to tell us what to expect. He said that as he expected radiation did seep into Amos’s gallbladder. This will cause extreme pain and he may have to remove it.

He also said there was an unavoidable radiation leak into his intestines which will cause painful ulsers. He will get Amos to a GI doctor in the coming weeks to deal with that.

Lastly, he has a hematoma at the femoral artery. The doctor just wants us to keep an eye on it. He won’t be able to go up the stairs so I’m even more grateful for that recliner Ken Harris gave us. It is the best chair ever and Amos will get to sleep in it for a few nights.

Thank you all for the prayers even if “praying isn’t your thing.” ♡♡♡ He will make it through this. 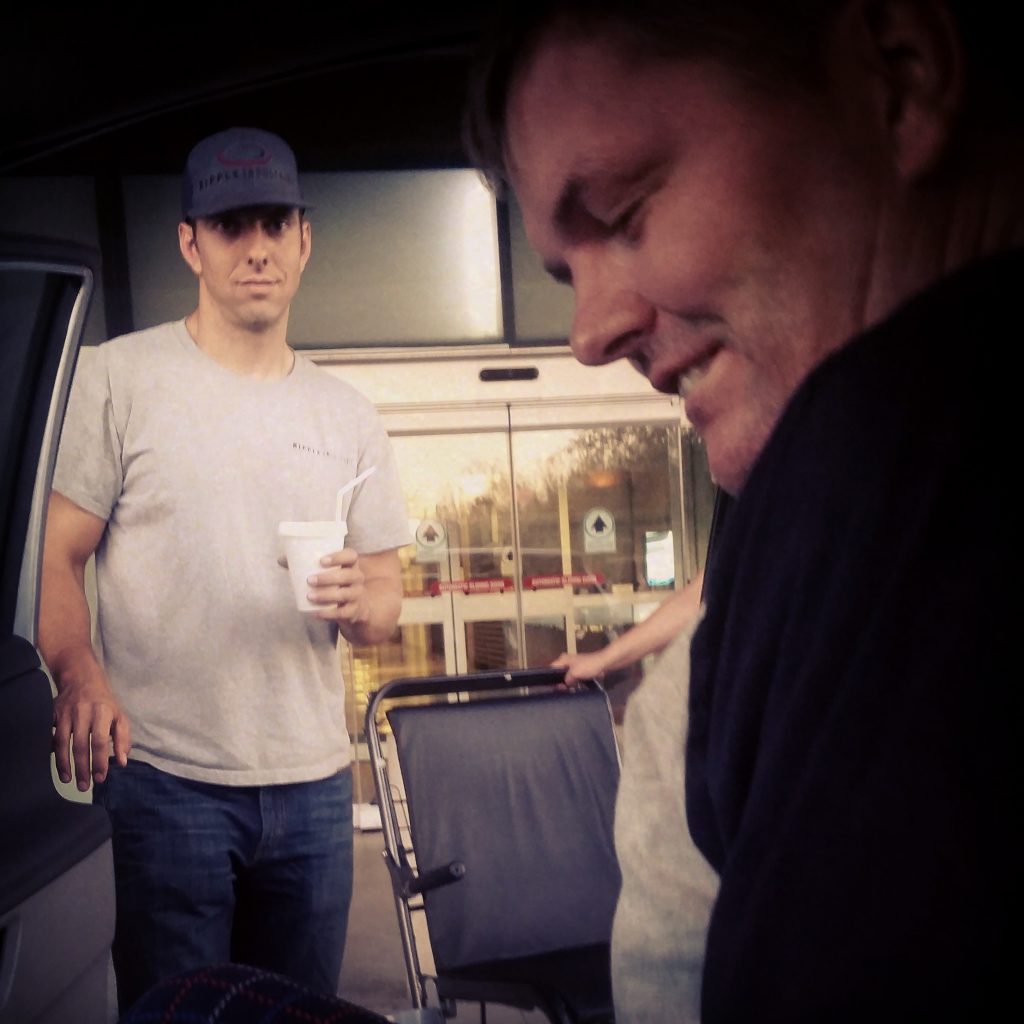 Scary day but Amos is now stable. We made it home. Amos threw up constantly for nearly the entire 45 minute car ride but us now asleep. Josh followed us and helped get him in the house and settled.

The kids were very worried when we told them he was radioactive and they couldn’t touch him. Kirra was mostly concerned and did everything she could to help tonight. Today in student council they handed out end of the year awards and hers was The DO IT; DO IT RIGHT; DO IT RIGHT NOW award. That describes her perfectly and we are so thankful for a child who is service oriented and is also so compassionate. 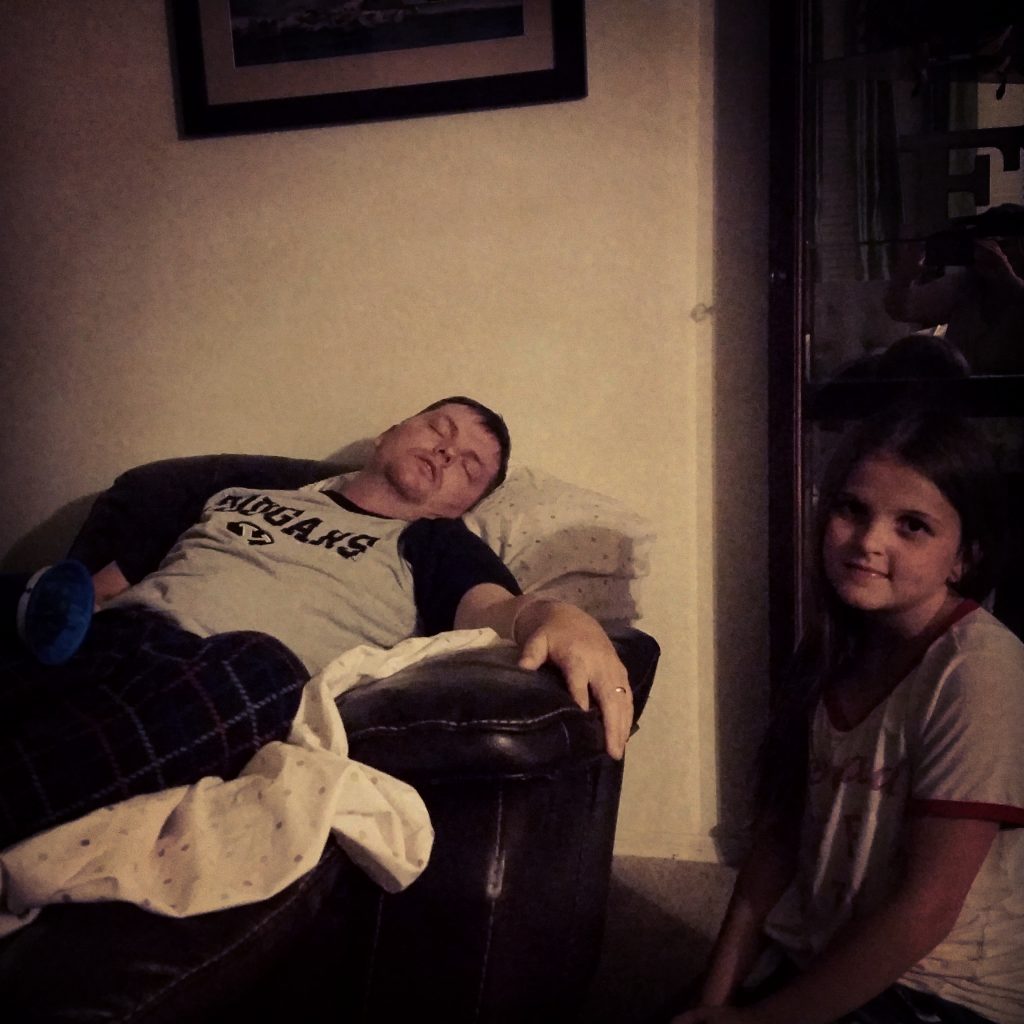 Porter knew what the Y in Y90 stood for, did some research about dad’s procedure and will give a video report for the blog tomorrow if anyone is interested in nerd stuff. He also prayed tonight in our family prayer that dad’s procedure would “have the intended effect” and I believe it will.

I will be pleading that Amos can make it through the night without a 911 call. They told us to expect fever and chills and more vomiting but gave us a list of possible emergency side effects to watch for.