Porter and I did a little family history research on our last name the other day so he could fulfill this creative nonfiction assignment. He really did his research on this, but the artistry is what struck me. It’s like nothing I’ve ever seen from his logical mind before. We don’t know if the family story of the avalanche and the baby of (ab) Planalp is really true but if it were, nothing could have brought me closer to feeling it than this. Breathtaking work Porter! 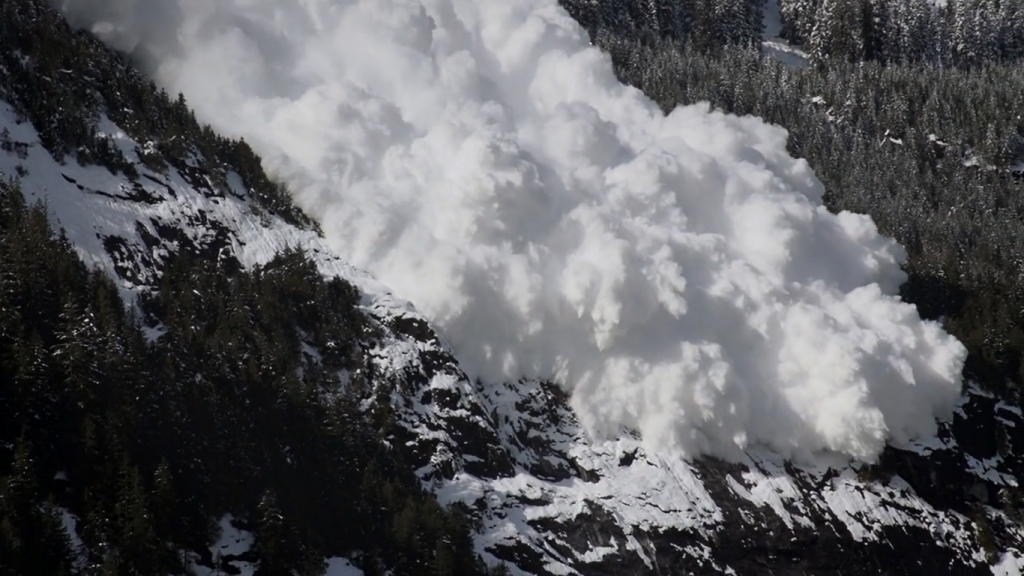 Snow. Blank, bitter, blowing whiteness. It surged upon us. White walls that rushed across the ground like backward waves, moving forward, but arching backward, breaking into the powder behind them. The intense plume was blinding. The setting sun, less than invisible. It seemed to retract, running from the cold, regardless of it’s tremendous warmth. If only the sun would come back, it could deliver us from the storm.We trudged on. The powder was so soft that if we didn’t sink, we would trip. If not wet socks, wet gloves. Our fingers and toes, frozen. My feet were so numb, if I were to lose a shoe in the snow, I would hardly notice. They felt as though they were hewn from frozen wood. Fingers were just as bad. They were so cold they seemed to burn. I couldn’t touch my thumb to my forefinger.

Though home was in sight, a mere 100 metres away, I was scared. Scared that I lacked the dexterity in my frozen fingers to light a fire. Hopefully another in our party could. The wind screamed as it rushed across the infinitesimal groves in the texture of the wood panels of our home. With much fumbling, I threw the latch and shoved open our heavy door. The warm air within was intoxicating. The rest of my party, bundled in all of the clothes at their disposal, shuffled through the portal. I closed the door with a satisfying, thud. I dropped to my knees by the coal box near the furnace and took off my gloves, frantically blowing onto the frozen masses protruding from my palm. They began to warm at a painfully slow pace. Blood rushed into my extremities as they began to awaken from their hibernation. Very gingerly, I scooped up lumps of coal one by one until the furnace contained as much as it could handle. My hands shook violently as they struggled to open the matchbox. Two more hands, steadier than mine, reached from behind to steady me as I pulled out a match and struck it. Slowly, methodically, I let the flames lick the underside of the bottommost lump of coal. The once lifeless entity began to receive sentience. It pulsed. A tiny heart of warmth in a sea of bitter ice.

I turned to face the hands that had helped me. A smiling face. Hanna’s chin rested on my shoulder. Our infant son was in her arms. Andrin did not cry. Andrin never cried. A perfectly joyful child. Hanna placed him into his woven basket, swaddled in blankets and furs. He embarked on a nap, as he often does. I placed my hand on his chest, feeling his little heart pulse. It seemed to dance with the fire. They were synchronized, his heart beating with the fire, the fire beating with his heart. It was truly entrancing. The crackling relaxed me as I dozed off by the furnace.

I dreamed a dream of my home. Brienz. A charming town, mostly inhabited by carpenters. I entered the shop of a friend. We were all friends. He was busy at work, carving away at a large stump. With every stroke of the knife, snow blew off of the carving. I watched him. I dared not disturb him. An image began to take shape. Our mountain. Planalp. It stood tall and proud on his worktable as he shaved away snow off of it’s regal surface. I watched as he continued to sweep his blade over the mountainside. I began to become worried at his broad, curving strokes. Fresh snow is best left undisturbed. I struggled to warn him. I couldn’t. I was helpless to stop what was coming. The sound of a distant bear seemed to echo all around me. I looked out the door. The bear was running toward me. Roaring. The sound was horrifying. I began to run. I was stopped by my wife. Aufwachen! She was crying. Aufwachen! Screaming now. Lawine! The bear was getting close, and I began to run. I ran frantically. I tripped. It was upon me. It reared back, it’s powdery fur, and chipped teeth were a brilliant white. It was bright. Blinding. It swung its mighty paw down upon me. My wife screamed.

I was conscious for but a moment. The windows were lit with bright white light, but nothing was visible through them. I could hear screams as the avalanche roared down the mountainside. My wife and son were gone. For but a moment I stared bewildered at the sight approaching me. My death came like an ivory bear, galloping down the mountain, roaring as it went, to strike me with it’s mighty paw. I didn’t have time to flinch. In an instant, everything was gone. I was tumbling down the mountain. Blackness. The weight of the snow on my chest crushed the cold air out of my lungs. I desperately tried to move my arms, to dig my way out. Useless. Useless.

Hanna ran. The woven basket in her arms. The contents of the basket, her only thought. She would not let her son fall victim to the snow. She was not fast enough. It chased her. Closer. It was almost upon her now. She threw her gaze around her, searching for a place where her son would be safe. A chance. There was none. Rushing, roaring. The snow rolled down the mountain like white flame. Never stopping, consuming everything. Beyond the treeline, hope. A large rock stood above the trees. If she could reach the summit with the basket, her son might live. Through the powder she ran. Her legs burning, freezing. The cold did not slow her down. Though frigid, she reached the base of the rock and began to trudge up the face. The stone lay bare of snow. The top was so near. Salvation. But behind her. The avalanche heaved into the rock as she lifted the basket. It reached the summit, resting inches above the cacophony and chaos of breaking trees, rushing snow, and the screaming of his mother as she was carried off.

Minutes later the snow had settled. The infant in the woven basket lay helpless on the large rock that had saved his life. Hours passed. As the infant began to grow cold, torches appeared in the distance. Like fireflies they danced across the black scenery. The voices of men from the neighboring town of Interlaken reached the tiny ears of the child. He was quite cold now. He wanted for his mother. The perfectly joyful child began to cry. He screamed out. Though much too young to understand, the baby cried for the mother he would never see again. He did not understand. Did not understand what his mother gave for him to live. The only one to survive. Brienz would not return for many years. Every home: decimated. Every tree: ripped from the ground. Every life: extinguished. All but one. One little heart danced with fire.

All voices were quiet as the men of Interlaken gathered around the screaming baby. His little voice hushed. One man spoke. “Abplanalp”. “Batt Abplanalp”.