Last night Amos was concerned about today in that it was Sunday and he is still in the hospital and would miss taking the sacrament. He was worried about Evie and I also and hoping somehow we would find a way to take the sacrament here in Hollywood. He began writing a text message to me asking about the sacrament but he was too weak to finish it before falling asleep.

This morning I became curious about why Amos hadn’t answered any of my text messages for days. I asked his mom to make sure he had his cell phone so he could answer me. When she did, they found the unsent message about sacrament he had tried to send and they realized that just after he wrote that text, Brother Elwood had notified Phoebe of their plans to come to the hospital after church to bless and administer the sacrament to bishop.

Amos learned of the timing of the happenings and said “God answers texts.” #miracles 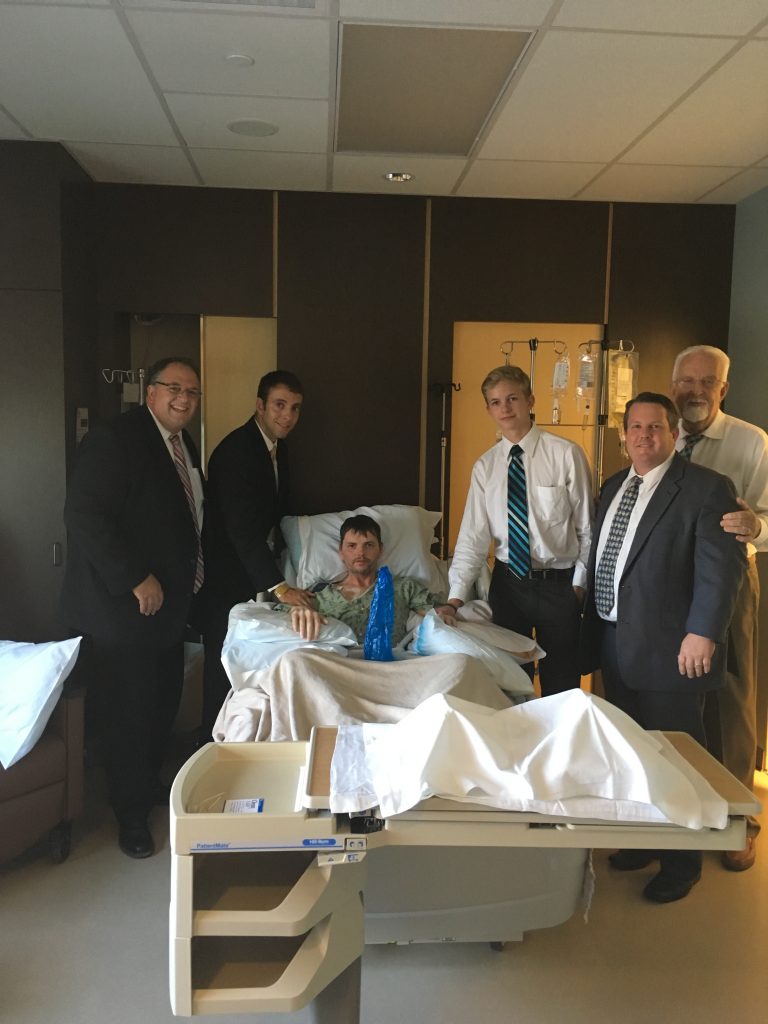 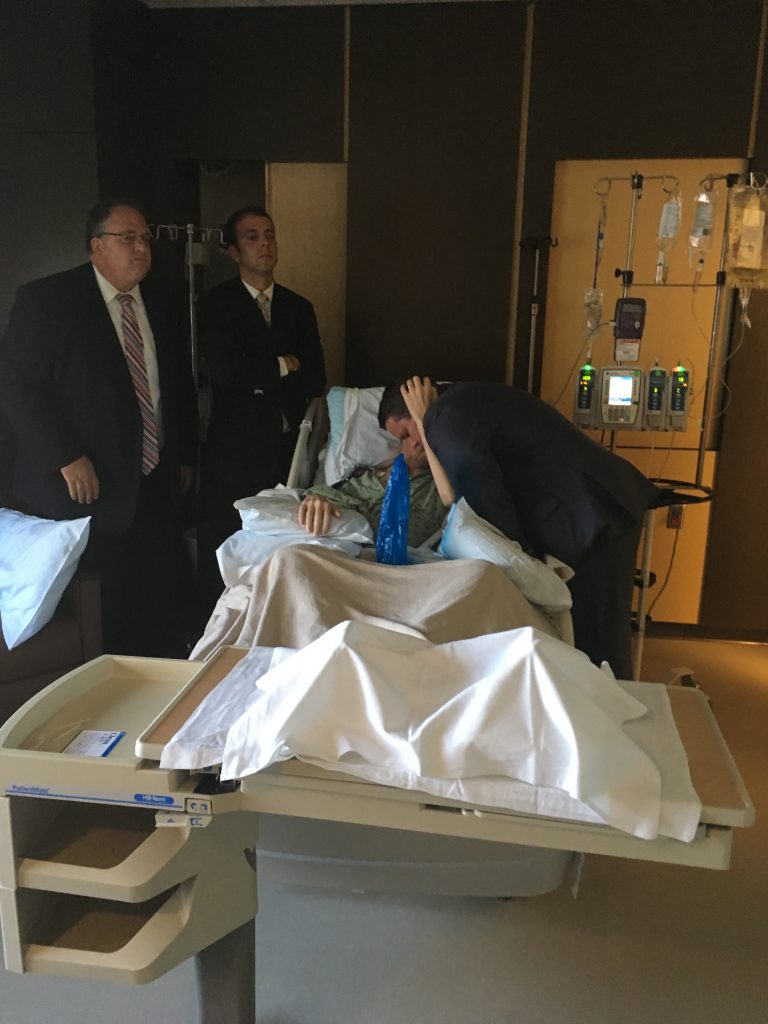 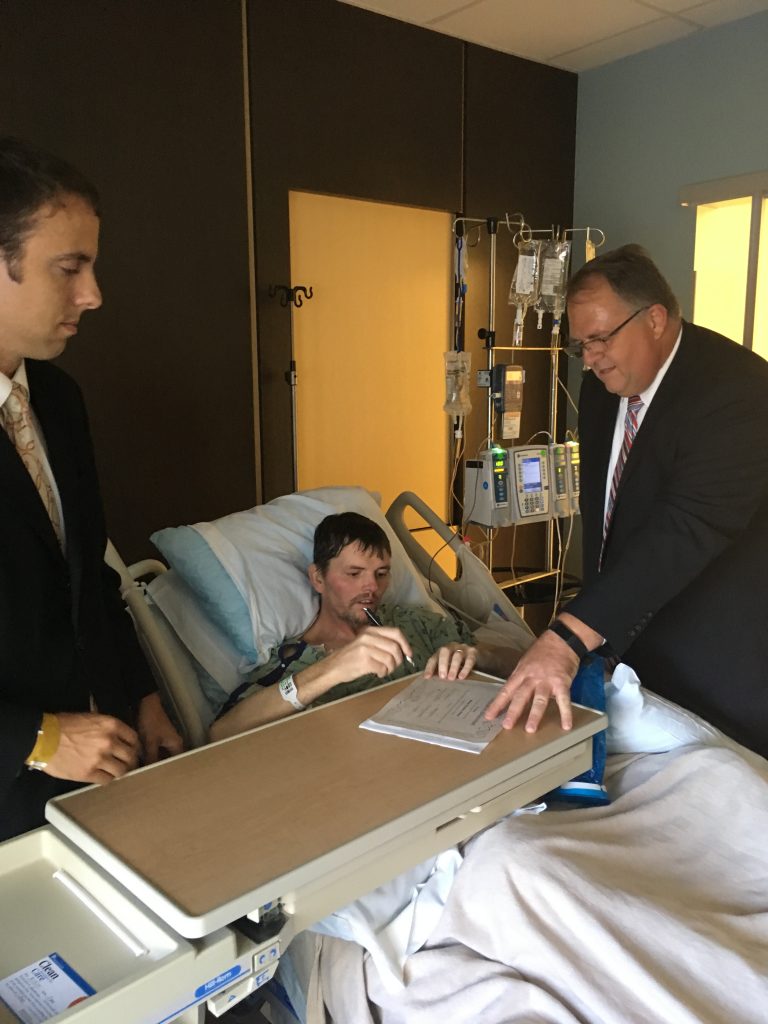 Evie and I were also able to attend church today in Inglewood where we got to see Elder Ballard again. He began his talk with pure honesty about how he loved being there with the saints in California, but that his heart’s desire was to be home with his wife who isn’t well. I think I know how he feels. She called him before the meeting to ask where he was. He said, “Los Angeles” and she responded “Where’s that?” You could tell how much this dear almost 90 year old apostle still loved and missed his aging bride. 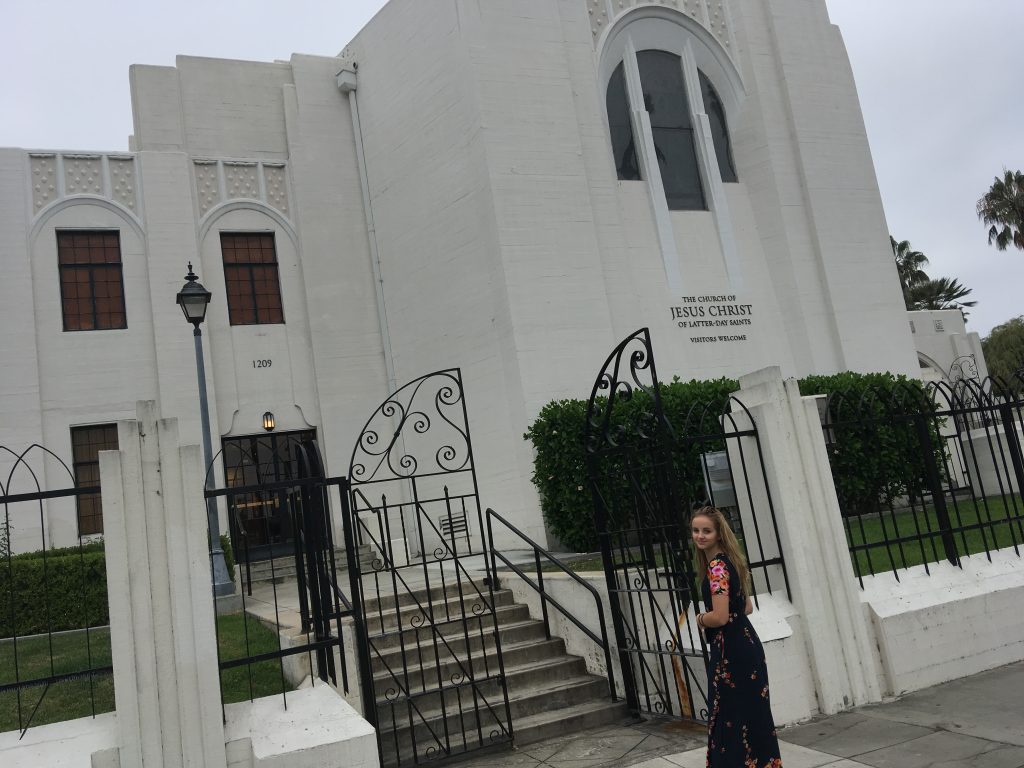 I also learned a few more details about my son’s car repair from the other day from Amos’s mom. She texted

“…Brother Martin just happened to have Friday off and could look at it (Porter’s Car) Apparently he’s an awesome mechanic. He found a cracked tank, took it out and had the impression to go to Auto Zone. He never goes there. When he walked in with the tank in his had the guy said “that’s for a BMW”, reached behind him and handed him the part. He said I’ll need the hose too. The guy went back and handed him the hose. He said someone had ordered them a long time ago and never came back to get them. He said they take 6 to 8 months to come in. (#miracles)

After a very spiritual sacrament service, Amos asked me to reply to a text he’d received. It was from a man whose father died in 2006 of non-Hodgkin lymphoma. Every year they have a benefit softball tourney and donate all the proceeds to a cancer patient. They had been made aware of Amos recently and want him to be this year’s recipient. Needless to say there have been many tears shed today. It was a great experience for me and I think for Abbe also. I’m hoping for more miracles tomorrow. Love you and Evie.”