I promise this will be the last post about diet for at least a month.  Amos is at the hospital now getting his chemo infusion and tomorrow’s post will have lots of good info including cancer marker results.

I want to start by thanking my friend, Holly (DeWitt) Miller, and several others for helping us get started with this Vegan diet.  I honestly had never considered Vegan.  I actually don’t even like the word Vegan for some reason; probably because a number of people I am not politically aligned with have embraced it. 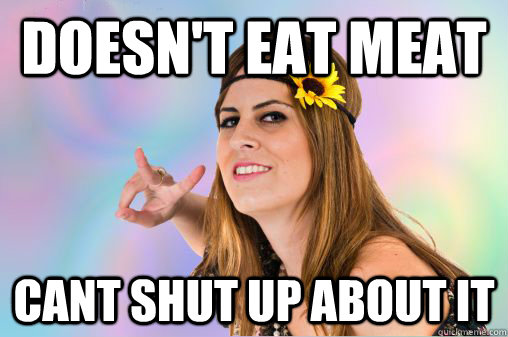 Coming to this conclusion was kind of a crazy story that I feel I need to tell in order to explain it to those who may also have a bad taste in their mouth for the word Vegan.

I randomly check my son’s text messages to help keep him in line.  I usually find someone that he has offended and I take some time to teach him how he could have handled the situation better and help him fix the relationship.   A couple days ago I saw a conversation he had with a friend who was consoling him about his dad’s cancer.  She seemed genuinely concerned and asked him if his dad lived the Word of Wisdom.  Porter’s responses immediately went into defense mode.  He may have  imagined she believed he developed cancer because he had secretly been smoking or drinking.  Porter came to his father’s defense without trying to understand what this girl may have meant.  He replied Of course! and she responded Really? He couldn’t believe she was suggesting his dad, his hero, the Bishop, was not really living the Word of Wisdom.  When she started explaining to him that she felt very strongly that Amos should try a Vegan diet, Porter got even more offended.  She begged him to read the Word of Wisdom again, but he shut her down.  Reading this massive, teenage-text misunderstanding prompted me to consider her suggestion.

Last night Ruthie prepared a Family Home Evening lesson on The Word of Wisdom.  We normally have Family Night on Monday but with the holiday this week, we completely forgot.  Studying the expertise of diet and health directly from the One who created our bodies solidified our decision to take a month off from meat, animal by products and sugar.  For those of you unfamiliar with our religious code of health, let me explain.

First, I want each of you to understand how much we love you regardless of your religious beliefs or your diet or health practices or any other choices you make. The best part about this life is what we believe we fought for before we came here – our freedom to choose.  Everyone has choices and we are grateful for the privilege to make them. Hopefully we can all try to better understand each other without stigma or judgement.

As members of The Church of Jesus Christ of Latter-day Saints, we literally believe that The Word of Wisdom is a law of health from God.  It appears in Section 89 of our Doctrine and Covenants and was given through revelation to Joseph Smith on Feb 27, 1833.

This particular law is a principle with a promise.  The promises associated with keeping this law of health are too good for us to pass up.

Some parts of the law are black and white.  We have those parts down.  Directions like, “tobacco is not for the body, neither for the belly, and is not good for man, but is an herb for bruises and all sick cattle, to be used with judgment and skill,” are very clear and they have helped people avoid extreme health risks for almost 200 years.  I think that dates even before the Surgeon General. 😉

The part about consuming meat is not ambiguous but the word sparingly is not as easy to put into practice.  Looking back, I feel we have not been sparing with our meat consumption.  The law regarding meat reads like this: “Yea, flesh also of beasts and of the fowls of the air, I, the Lord, have ordained for the use of man with thanksgiving; nevertheless they are to be used sparingly; And it is pleasing unto me that they should not be used, only in times of winter, or of cold, or famine.”  It later states; “the beasts of the field, and the fowls of heaven, and all wild animals that run or creep on the earth; And these hath God made for the use of man only in times of famine and excess of hunger.”

I noticed that it doesn’t mention fish.  With Christ’s apostles being fishermen and Christ himself feeding multitudes with bread and fish, I’m not sure if they were meant to be included.  It also says nothing about animal by products like milk, cheese or eggs but the scriptures refer to a “land of milk and honey.”  It does, however, state that “All grain is good for the food of man; as also the fruit of the vine; that which yieldeth fruit, whether in the ground or above the ground.”

If we use our wisdom and apply the somewhat old language to our day of air conditioning and over consumption, I don’t think the winter, cold or famine even apply.  The language suggests to me that eating animals should be something we should only do out of necessity.  Of course it was left open for interpretation and I believe it was written that way purposefully.  I am noticing the line “it is pleasing unto me that they (meat) should not be used.”  There is much more to study but these are some things to think about.