I got my minivan washed today and they found a scorpion near the back seat where Blakely sits.  She almost died from a scorpion sting when she was a baby so I’m so grateful it was found and sucked up in the vacuum before it could sting her or anyone else.  We must have brought it home with our grass fertilizer from Home Depot. 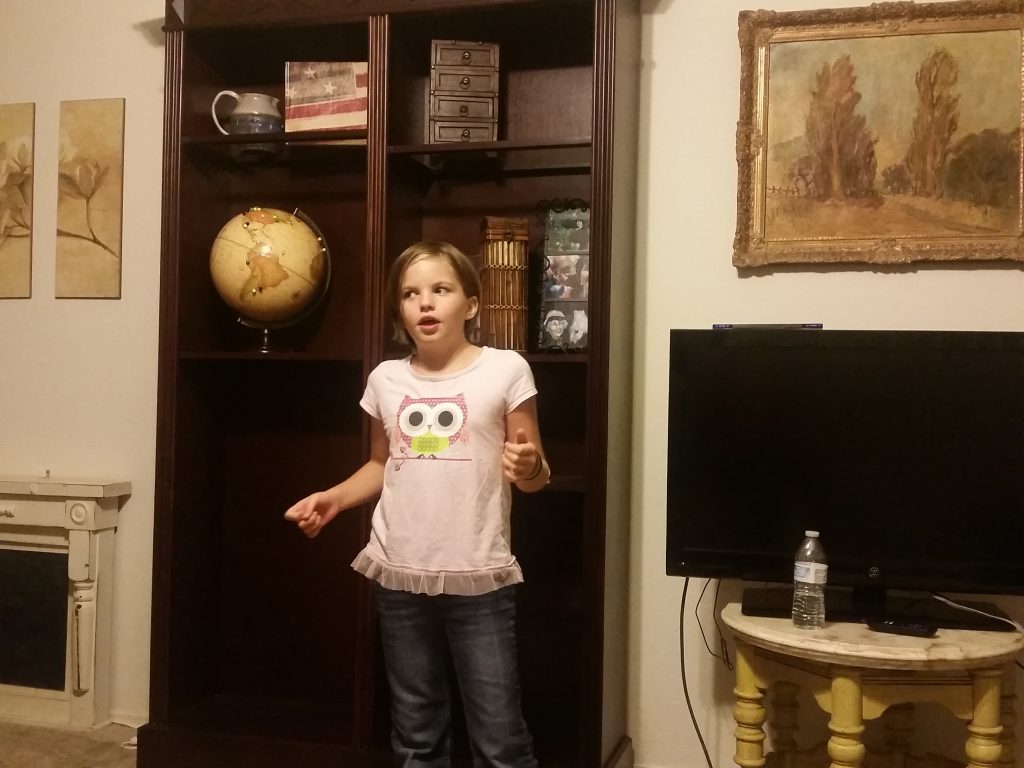 Our daughter Ruth gave a beautiful Family Night lesson about being helpful, not hurtful. She told us about a girl from Queen Creek named Chy who was being bullied. Kids were even throwing garbage at her. The popular quarterback of the football team was in their ward so Chy’s mom asked him to find out who had been bullying Chy. He didn’t think that would help. Instead he and his friends started being friends with Chy. They ate lunch with her and included her in everything they did. Their efforts to help turned into an amazing opportunity of growth for the football players and made all the difference for Chy. Ruth is such a precious daughter who has been placed in our family for a reason. She teaches us so much with her kind nature and her family night lessons.

Poter went to his first pre-season wrestling practice today just to watch since his wrist is still broken and Kirra joined the band at school and is playing flute.  It was like the Wells Fargo Wagon had arrived today when Amazon delivered her shiny, new flute. It’s blue and silver – her school colors.  She had the special musical number assignment for family night.  She was all ready to play a song for us on the flute until she realized she had no idea how to play it.  We got a song on guitar instead. 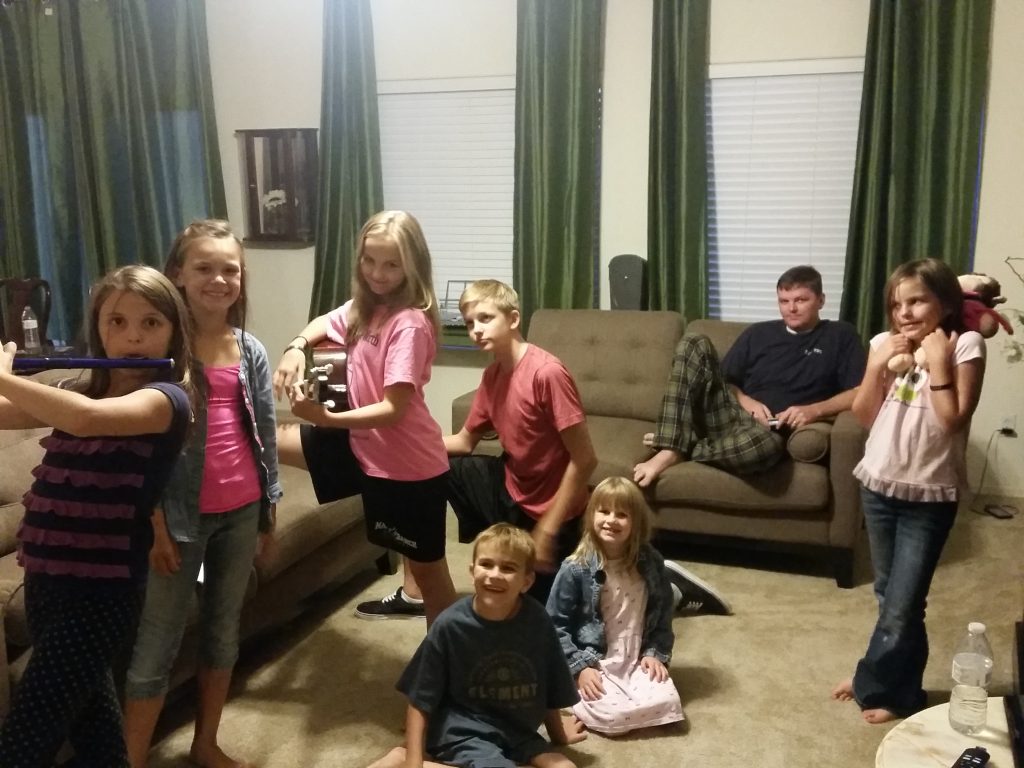 We had some fun friends over today and Porter made a nice dinner. Sister Tippets happened to stop by with amazing homemade bread which was the perfect addition to Porter’s vegan meal with some fancy name I can’t remember.  The kids said Sister Tippets had some kind of crazy dream that Amos told her to bring four loaves so she apologize for only bringing one. Haha. 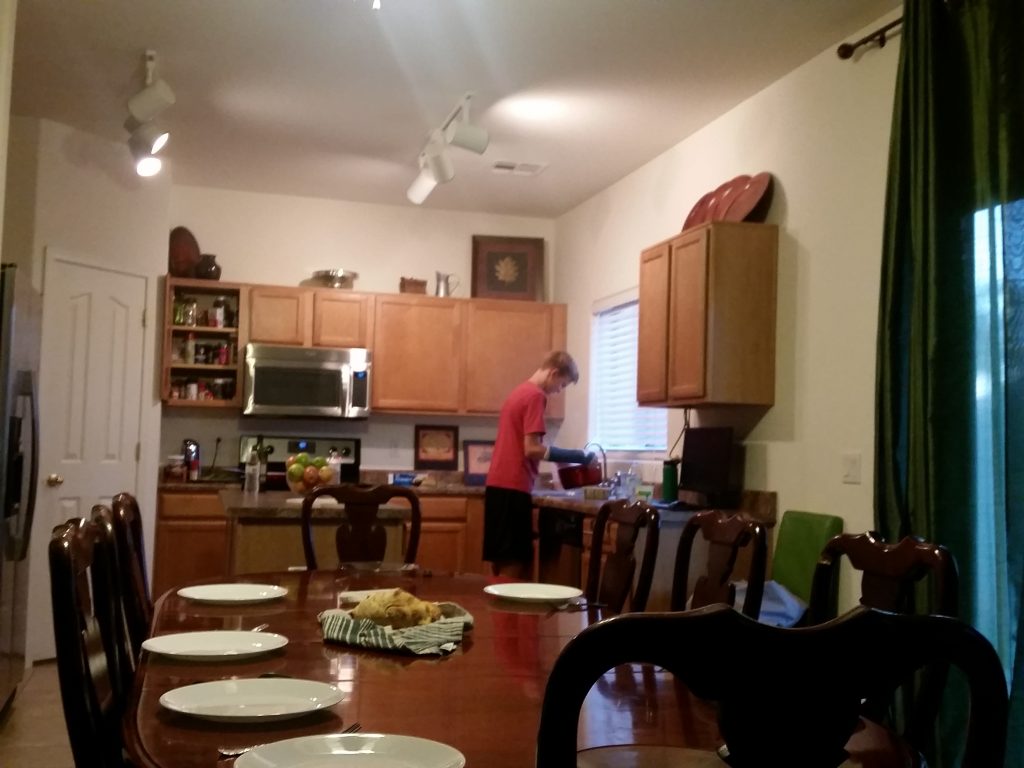 Amos was not himself today. He crashed the minute he got home from work and barely made it through dinner and family night. He didn’t play kick the can or even have goodie pot. I think work was too hot for him. Praying for better days.

The best news from today is that my sister Sarah is coming to visit us in a few weeks. We are all looking forward to that. She is from Texas and her husband is also a bishop. We all adore Aunt Sarah. She is the epitome of a person who is helpful and not hurtful.  I hope we can talk grandpa into coming too.  We miss him so much.